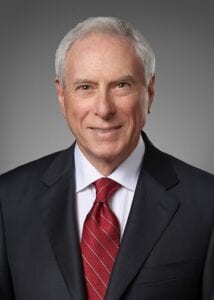 Former NASA Administrator Dan Goldin has joined microsatellite developer Astranis as a senior advisor and chair of its new Technical Advisory Board. In addition, Astranis also announced Thursday it has completed the Critical Design Review (CDR) for its first commercial program, a satellite for Pacific Dataport Inc. in Alaska.

“I am joining Astranis because this is a transformational approach to satellite telecommunications,” said Goldin, who has been the longest-serving NASA Administrator in, serving under former Presidents George H.W. Bush, Bill Clinton, and George W. Bush. “I have participated in many design reviews and have seen many innovations in space over the years, but what Astranis is doing is truly unique. They have managed to pack what seems like an impossible quantity of communications capacity into a spacecraft with small form factor.”

Pacific Dataport Inc., a subsidiary of Alaskan satellite TV and internet provider Microcom. Astranis claims this satellite will deliver broadband internet at more than triple the satellite bandwidth serving the state. The satellite is on track to ship out early next year and to begin service in the summer of 2021.

This CDR was a three-day technical deep dive into the details of the satellite system to assess its expected performance against its mission objectives. The Astranis team presented the status of all designs and hardware test results to Astranis’s Alaska customer, Pacific Dataport Inc., and the Technical Advisory Board.

Astranis CEO John Gedmark commented: “The caliber and experience of the technical experts who have joined the Astranis family speak volumes to the promise of our technical program. We are committed to make GEO satellites more efficient and to produce them more rapidly than anyone else in the industry. We don’t think we have to sacrifice reliability to make that happen.”