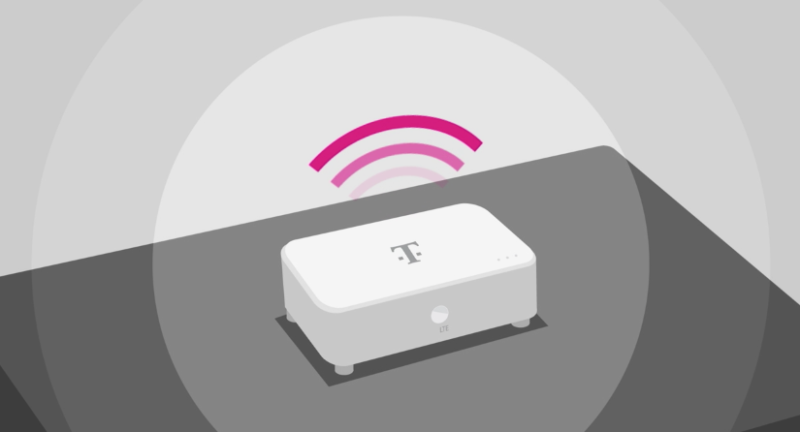 T-Mobile internet service expects to deliver average download speeds around 50 Mbps for $50 per month with no hardware rental or data caps. Photo: T-Mobile

T-Mobile has opened up its T-Mobile Home Internet pilot to residents of three Michigan counties, in a move that aims to put other Internet Service Providers (ISPs) on notice. The service expects to deliver average download speeds around 50 Mbps for $50 per month with no hardware rental or data caps.

The service launched last year as an invite-only pilot for select T-Mobile customer households, and as of Wednesday is now open to Michigan counties Kent, Muskegon, and Ottawa. T-Mobile said its pilot customers rated the service with an average Net Promoter Score (NPS) of 64, compared to -74 for their previous provider.

“Home broadband is one of the most uncompetitive and hated industries in America. Rural areas, in particular, lack options … and when there’s no choice, customers suffer. It’s no wonder Internet Service Providers and cable and satellite TV companies have the lowest customer satisfaction ratings out of 46 industries according to the American Customer Satisfaction Index,” T-Mobile’s news release read.

The pilot provides home broadband on T-Mobile’s LTE network. The company said that with additional capacity from its merger with Sprint, T-Mobile is preparing to launch 5G home internet commercially nationwide, to cover more than 50% of U.S. households within six years.

“There’s not an industry that fits the ‘never compete’ definition better than cable and telco ISPs,” CEO Mike Sievert said. “Three months into our merger with Sprint, we’re just at the very, very beginning of seeing the incredible benefits of our combined network but the early signs are extremely promising — particularly in rural America — not just for traditional wireless service but also for home broadband.”