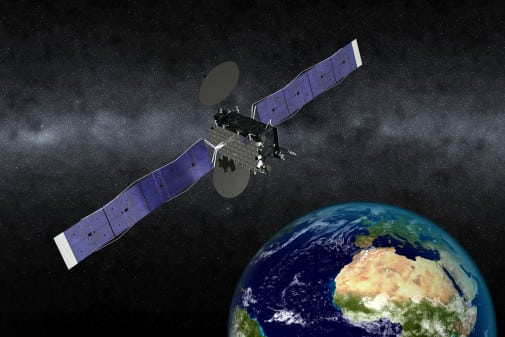 The satellite, which was launched in October 2019 to replace EUTELSAT 5 West A, is now expected to enter commercial service later in January, and is expected to meet the designed life time. Eutelsat will take a number of mitigation actions to assure service continuity for customers, following the end of life in stable orbit of EUTELSAT 5 West A.

The company said the EUTELSAT 5 West B is fully insured against the eventuality of a partial or total loss by a launch-plus-one-year insurance for up to $191 million. The partial non-availability of EUTELSAT 5 West B will reduce Financial Year 2019-20 revenues for the Operating Verticals by $5.5 million to $11.1 million. Mitigation will require a one-off cost, mostly related to the repointing of ground antennae, of between 0 to $11.1 million. Therefore, Eutelsat has mechanically revised its revenue objective for Financial Year 2019-20 to between approximately $1,410 million and $1,460 million for the Operating Verticals.

In addition, on Thursday, EUTELSAT KONNECT was successfully launched into Geostationary Transfer Orbit by Arianespace from the Guiana Space Center in Kourou, French Guiana, at 9:05 pm UTC. EUTELSAT KONNECT, built by Thales Alenia Space, is set to assure full or partial coverage for up to 40 countries across Africa and 15 over Europe. It is the first satellite to use Thales Alenia Space’s all-electric Spacebus NEO platform.

“The collaboration between Eutelsat, Thales Alenia Space and Arianespace on this ambitious satellite program has resulted in a world-first broadband satellite for the African and European continents that demonstrates the suitability of satellite infrastructure as a means to deliver high quality broadband services, contributing to bridging the digital divide within rural areas,” Eutelsat CEO Rodolphe Belmer said.