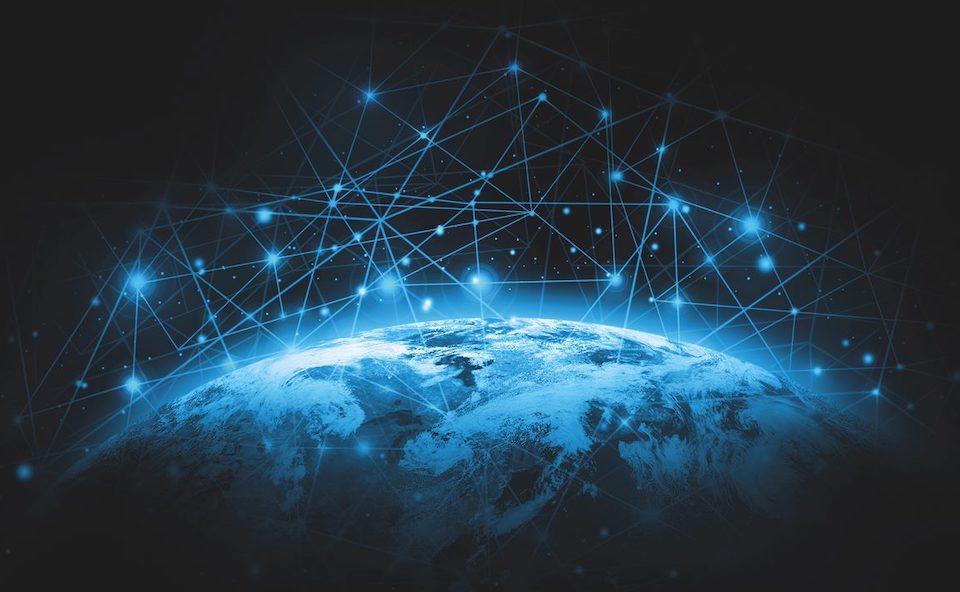 Rivada Space Networks believes the true vision of 5G and the Internet of Things — where endless small devices are connected at all times — is possible through selling satellite capacity on a wholesale basis. The company, based in Germany, is led by Irish entrepreneur Declan Ganley, who co-founded Broadnet, which offered internet and telecoms services in Europe in the late ‘90s. Under his leadership, Rivada Space Networks recently announced plans for a 600-satellite constellation.

In the following interview, Ganley and Brian Carney, senior vice president for Corporate Communications, spoke to Via Satellite about the company’s planned business model request for proposal to select vendors. The company is currently hiring a team in Germany, with other hires in the U.S., Ireland, and Asia.

VIA SATELLITE: What is Rivada Networks’ background in wireless and 5G?

Ganley: We come from the terrestrial wireless background, and we were early to recognize that you need to have spectrum sharing. You need to be able to tier prioritization of access to radio spectrum. Capacity is something that should be available on a wholesale basis — you should clear all of the capacity all of the time. It’s the same way that wholesale electricity markets clear power, depending on the demand at the time. [When] capacity isn’t used, opportunity is lost.

Traditionally, the wireless industry has [set] the amount you have to pay, take it or leave it. Our philosophy is — the capacity is there anyway, pay us what you think it’s worth. If you’ve got the highest demand and nobody else wants it, we’ll clear it to you at any price marginally above zero. That’s how you get to an Internet of Things. That’s how you get to a world of 250 mobile devices per capita instead of 1.3 mobile devices per capita. They’re not all going to be smartphones, some of them are going to be little gizmos out in agricultural fields reporting crop soil temperature at 4:15 a.m. If there’s no other demand, take the money and clear the capacity. Removing the price barriers to entry and clearing all the capacity all of the time should be done in terrestrial networks and it should also be done in satellite networks.

The reason the carriers are struggling with 5G is they’ve got the wrong business model. Everybody talks about faster speeds, but what was really innovative about 5G is that you can have so many more devices connected to a cell. Yet there is no market for 200 times the number of devices connected at the same price as what people were already paying. That’s where Rivada came from from a terrestrial standpoint. We developed the IP to wholesale and clear the capacity. We’ve got the latest iteration of it up and running in Dublin City Centre on the college campus of Trinity College Dublin. We have a lot of patents in and around this area.

VIA SATELLITE: Why are you pursuing a satellite constellation now?

Ganley: The satellite opportunity was very appealing because you have very large amounts of spectrum in these particular filings [that Rivada Networks owns] with very high priority attached to them. I call it the ‘Goldilocks’ zone — it’s not too high, not too low, and very high priority, with a large number of satellites. You’re covering every square meter of the world with a decent amount of capacity with latency that would make it the fastest and most secure network in the world, particularly over long distances. It was very compelling and then overlaying our wholesale approach and philosophy to satellite capacity —  for us it was a no brainer.

VIA SATELLITE: Is the satellite business plan to wholesale capacity to mobile network operators?

Ganley: [The business model is] wholesaling capacity to wholesale users of capacity. They may be mobile network operators, they may be something completely different. There are existing businesses and industries that will use this, but there are new businesses that will show up because of this capability. When you move the price barrier to entry, the market is actually much bigger [than it currently is]. We will sell to traditional operators, but there will be a lot of new users that will use this capacity because it gives them a lot more control and flexibility.

VIA SATELLITE: Do you have some examples of those potential customers, who haven’t been able to afford the capacity?

Ganley: Let’s say you’re a commodities trader trading soybean futures. You want to monitor the global soybean outputs and predict what the yield is going to be in a particular part of the world. You might do a deal with producers for monitors that get planted along with the crop. Every night at 4 a.m., you flash the area and see what the soil temperature and moisture content is. You’re going to control the price you do that at, and you’re going to be the best informed soybean trader in the world

Another example, you’re a 20-year-old woman in rural Africa with three villages in the area and you want to be able to bring communications to those villages. You get a ground terminal and set up a local network. Because you buy the wholesale capacity, now you become a little operator.

Entrepreneurs with new business models are going to be empowered because it’s not going to cost anything like what it does [now], where you have to be a lot more established. We want to make becoming a new operator about the same price as setting up a decent website. Everyone talks about IoT, smart cities, and smart agriculture. Until you remove the price barrier to entry, it’s not going to be real. We’re going to remove those barriers to entry.

VIA SATELLITE: You mentioned the hypothetical woman in Africa and a terminal that would be used in that situation. Are you thinking about that terminal now?

Carney: We’re in an RFP process with vendors right now, so I don’t want to say too much about the details. But in general, one of the facilitating technologies is the move toward universal terminals and cheaper, more flexible ground equipment. Phased array antennas, universal terminals, and more software-definition radios … will all help facilitate the innovation. Right now, terminals are very expensive — but they are getting cheaper and more flexible.

VIA SATELLITE: Would your business model look at integrating terrestrial connectivity? Or would that be up to the customer?

Carney: As a wholesaler, we are not going to bundle a consumer package of terrestrial and satellite data, but we will help our customers do that for their customers.

VIA SATELLITE: I understand Rivada Networks’ spectrum rights were acquired from Trion Space. Did you acquire the company?

Ganley: We acquired Celeste, which owned 85% of Trion Space. We also did a deal to take over eightyLEO in Germany, which — between them and Celeste — owned about about 47% of a company in Germany called Kleo Connect. The frequency use agreement with the regulator in Liechtenstein with Trion. The Liechtenstein regulator has now approved the frequency use agreement for Rivada AG, which is a subsidiary of Rivada Space Networks GmbH in Germany, which is a subsidiary of Rivada.

VIA SATELLITE: Can you explain the dispute with Kleo Connect?

VIA SATELLITE: What are you looking for in potential manufacturers and vendors with your RFI?

Carney: We moved from an RFI in the spring to an RFP. We got multiple responses to that RFP. We’re in discussions with those respondents. We’re really happy with the level of interest that the RFP received, and we are proceeding to the next phase with a selection of them.

VIA SATELLITE: Can you give a ballpark number of what the constellation will cost, and how you will fund it?

Ganley: That’s a very reasonable question, but I’ve never been the guy to make the first bid. Telling our friends in the industry what our budget is is probably not a good idea.

[The constellation is] a total of 600 satellites, 24 orbital planes, 25 satellites per plane [including] one spare. It’s a fully meshed laser network at 1,050 kilometers, so you don’t need as many hops. You have lots of straight shots. We will use RF for [uplink and downlink] but once traffic is up, it will get relayed across the optical network. If you don’t need ground stations like a traditional bent-pipe network, that’s a big adjustment in the economics. Our satellites are not microsatellites. They are bigger, with more power. You need the power to have good laser mesh networks and be able to put a lot of capacity through each individual satellite. These are not cheapo satellites, but neither are they madly expensive.

VIA SATELLITE: When will the constellation be launched?

Carney: The [ITU] regulatory requirement is that the constellation be fully deployed by 2028, 14 years from the filing date. We expect launches to begin probably in 2025, maybe a little earlier. They will pick up in earnest through ‘26 and ‘27.