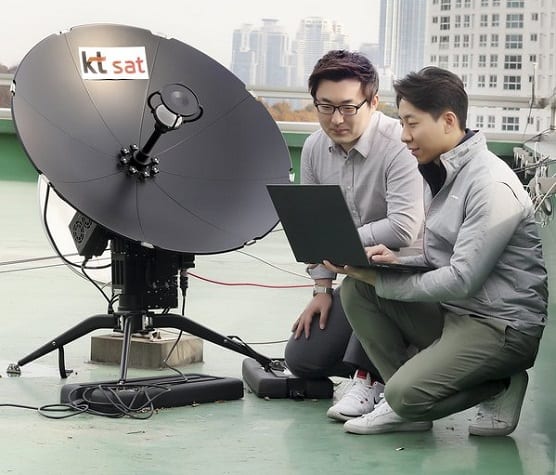 South Korean telecommunications company KT SAT conducted its first public demonstration of a satellite-5G hybrid router transmission technology at the SatelliteAsia 2020 exposition on Thursday. The company said the router is the first of its kind for the satellite industry.

During the modem demonstration at SatelliteAsia 2020, KT SAT CEO Song Kyung-Min said the company was exploring the possibility of using satellites as communication backup networks and extending their use to broadcast communication. “In the years ahead, we at KT SAT will show our satellite technology prowess and enhance our status in the global market,” Kyung-Min said.