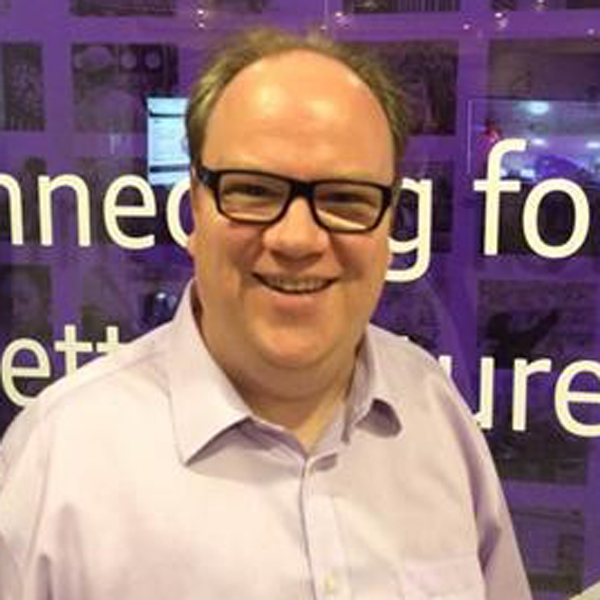 At SATELLITE 2022, one of the key topics of conversation was how the satellite industry can work better with the telecoms industry. Neil McRae, the chief architect at BT, was uniquely positioned to speak to this issue. Recently, the British telecommunications company joined OneWeb’s distribution partner network to provide OneWeb connectivity across BT Group. In a recent interview, McRae told Via Satellite that he thought at one stage it felt like that satellite was moving toward broadcast solutions, as opposed to true interactive connectivity solutions.

“Like everything else in technology, it moves and evolves and gets disrupted. This new approach to building constellations and the way they are building them is changing [the expectations]. If I make an analogy with mobile, it is like going from 2G, 3G, 4G, to 5G. I would argue this is the 3G of satellite,” he said.

McRae makes the point that the cost of deploying satellites now is lower than before, changing the equation for a company like BT. “We often get challenged in our industry about being technology snobs. Actually, we just want to connect customers to be cost-effective and to be reliable. If a technology meets those three key concerns, we will look at it to connect customers,” he said. “Here in telco, we are not here to be technical geniuses. We are here to connect our customers and connect our communities. That is our prime motive.”

McRae said satellite will have a pivotal role in those difficult to connect locations in the United Kingdom. He goes back to learning lessons from the 1990s in the cable TV rush, when many small companies found out how expensive it was to build infrastructure, and most of them ended up not surviving or being acquired. “If you are not able to make a return and re-invest, your future is probably fairly bleak. So, that means there are places where it is economically feasible to build, we will look at other technologies,” he added.

BT has to look at myriad options to reduce the digital divide. McRae said that it can take a long time for a telco to build out infrastructure, particularly where the economics don’t add up. Companies have to look a at a number of different solutions.

“Satellite is one of [those solutions]. 3GPP GSMA-based mobile is another one. We are also doing some innovative stuff with long-reach Wi-Fi that we are trialling in labs. We are doing some things with free space optics. We are not particularly technology focused. What we are focused on is experience. Satellite and the solutions that the likes of OneWeb have come up with are positioning an infrastructure that gives us the experience that we feel meets our customer needs. That is why satellite has become important again.”

While BT is happy with its emerging partnership with OneWeb, McRae shares praise for Starlink and said SpaceX has done a “tremendous job” at changing the mindset toward satellite technologies. He believes it has been impossible for a telco like BT to ignore.

“We can connect a good percentage of those customers that aren’t connected. Secondly, there is an increased investment in space and space technologies that will mean that the price reduces and the capability increases at the same time. If you look at the requests for deployments, OneWeb is talking about the second version. Starlink is talking about the second iteration. When you look at what is happening in that environment, there is much more investment,” he said.

McRae is a self-described “space nut” and goes to as many launches as he can. He talked about the improved volume and capability of launches, and how this has been one of the key barriers to satellite tech.

“A lot of the technology that has been focused on hasn’t been deployed because of the cycle time of satellite launches was always much longer than the cycle time of technology capability. As there is much more launch capacity, we are seeing the ability to deploy newer technologies in a safer way. You don’t want to launch thousands of satellites and find out your CPU [central processing unit] has a bug in it. There is a different level of risk, but because there is an ability to tackle that risk with newer technologies, programmable CPUs etc, I really think as long as the price to operate these platforms continues to reduce and the capacity continues to increase, that the short answer to your question is I think the sky isn’t the limit.”

“If you look at the number of constellations to be deployed, the whole use of space will be a big challenge for the satellite industry. How do we ensure that is effective and we ensure that one platform does not interfere with another? There are many challenges to overcome,” McRae said. “This technology will underpin things without may people even realizing it. We are looking at new use cases for satellite. We are thinking about how we can use satellite as some part of that solution.”

With BT moving away from the Packet Switched Telephone Network (PSTN), satellite could be an option for all manner of businesses in the U.K. McRae gives an example of a business that changes car tires in London, Glasgow, Exeter, Wales, Scotland. Such a business may require connectivity beyond BT’s network.

“Satellite immediately gives us a solution for this type of business. A few years ago, we were thinking about how were we going to cope with that scenario. In my mind, it is about thinking beyond fixed and mobile, and this is something we haven’t done traditionally,” McRae said. “We have been pushing to find other ways of doing these things. Satellite is one. Free space optics is another one. Using other technologies such as long-range WiFi allows us to think and deliver the connectivity at the experience level we want. It feels to me that satellite is on a journey where it will fit into our sweet spot.”

McRae believes that over the next few years, the likes of BT will find more use cases for satellite. While he doesn’t see it replacing fiber or mobile, there will definitely be more opportunities for satellite.

“There is this space in hard to connect places, certain use cases for backup, and other use cases for machine-to-machine, where latency isn’t a huge constraint. I think there will be many more innovative use cases come out. I think the key thing is it all started out with organizations investing, and saying we can do more,” he said.

BT’s deal with OneWeb was significant, and indicates a great interest in satellite and Low-Earth Orbit (LEO) connectivity. When asked if LEO constellations like OneWeb will be a true gamechanger for the satellite industry, McRae says LEO is expanding and challenging the legacy satellite industry.

McRae says there are so many moving parts in the satellite industry, it is both an opportunity and a challenge for most of those organizations. It is a similar challenge to what BT faces as an incumbent telco, where ‘alt-nets’ are working to challenge its position.

“In our industry, investing in technology and capability is just so important. Perhaps, some aspects of the satellite community are going to be disrupted by players that weren’t in it. It is a reminder is that complacency is dangerous. In all industries, some parts can be complacent, some think about things differently. It is hard to argue that these new constellations have not changed the game completely. I think they have. Unfortunately, I don’t think the industry took some of them quite as seriously as perhaps they should have done,” he said.