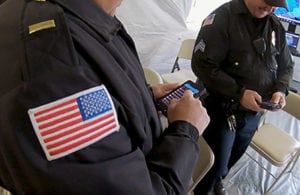 AT&T is deploying public safety’s Band 14 spectrum as part of its FirstNet build. The build out will be validated by the First Responder Network Authority (FirstNet Authority), and will eventually bring first responders’ additional coverage and capacity.

FirstNet is a nationwide public safety communications platform for U.S. first responders. The platform is being built with AT&T, in public-private partnership with the FirstNet Authority.

Band 14 has been added to more than 2,500 sites across the country — with the process for more than 10,000 additional sites currently underway. Band 14 will cover 95 percent or more of the U.S. population once it is fully deployed over the next several years.