I attended the Dynamic Spectrum Alliance Summit in London last week and one of the first questions I had was how many times I would actually hear the word satellite in various presentations. The truth is I only heard it a handful of times from a variety of speakers even though some of the main themes of the event were connecting people in rural communities and bringing 5G like services across the globe. 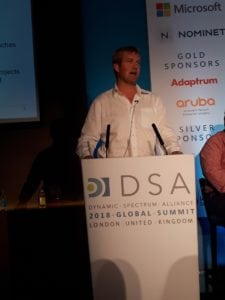 In Africa, the demand for broadband is clearly there and the jury is still out just what bigger role satellite will play in this evolving data driven ecosystem in the region. One of the most interesting speakers was Rob Henley, principal at Prescient, a company that invests in major connectivity projects across Africa. It has invested in projects across the region in countries such as Ghana and Malawi, for example. Henley said there is a huge wall of capital to invest in Africa, and right now there is an abundance of private and institutional money looking to invest in the region. He cautioned though, that despite there being a lot of potential investment in projects in Africa, the common consensus among investors used to be there were not enough good companies to invest in. He highlighted some of the key barriers to progress:

Henley noted that the price of bandwidth in Malawi is “eye-watering” compared to the United States, as an example. He said in investment in connectivity projects “has been slow.”

However, while progress has been slow, it still seems incumbent on telcos and Internet Service Providers (ISPs) take on most of the risk. But, things are changing and innovative companies and approaches to connectivity are emerging. Henley highlighted the performance of M-Pesa in Kenya, which has really changed the approach to banking, and is an example of a company using technology to make difference. Henley also spoke about another company that has developed software platforms in healthcare and agritech, realizing there was a problem with connectivity for their platforms, and thus starting a connectivity business because they couldn’t get decent connectivity anywhere else. These are great examples of both the challenges and innovation we are seeing as connectivity based businesses start to make an impact. 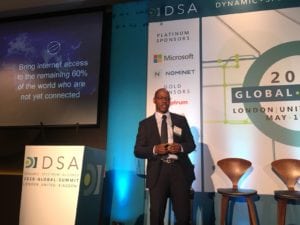 Facebook provided a number of speakers at the event, as critically connecting the world is a key to its whole business philosophy. Tongai Maramba, head of distribution programs at Facebook, opened his remarks by saying the communities that the social media giant looks to serve are diverse, and that there will be no one technology, company or individual that will be able to solve world connectivity issues. He said that Facebook’s “Express Wi-Fi” is all about solving the connectivity issue and that Wi-Fi will be one of the options. Facebook is now in markets such as India, Indonesia, Kenya, Nigeria and Tanzania with this service. Currently, Facebook has 13 partners across Africa and India. It has hundreds of thousands of people using Express Wi-Fi but its ambition is to extend this to millions of people, according to Maramba.

Facebook wants to provide an engaging experience for users, and try and make the cost of access as low as possible. Maramba talked about how the company invests a lot of time building great experiences for customers and retailers, but there are some challenges.

“We need to work on making use cases more clear. Backhaul and stable power are some of the challenges we face in markets such as Nigeria. ISPs are typically not able to offer wireless, so that is where we come in. There are no subsidies in our business model. We have been quite determined to have a solution that is profitable on its own,” he added.

What wasn’t clear is how much Facebook might use satellite to solve these connectivity issues. But, given the company’s focus in this area, there is definitely more to come with Facebook and satellite. Chris Weasler, director of global connectivity at Facebook, said we are now in the “5G era” but the issue is that 5G will give more internet to those people who already have internet. “We need to have greater coverage,” he said. 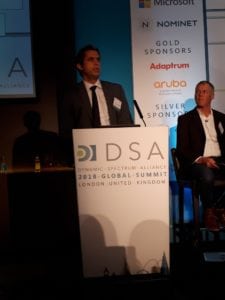 An interesting case study when looking at spectrum and bandwidth usage is Brazil, one of the jewels in the Latin American crown. Leonardo Euler de Morais, commissioner of the National Telecommunication Agency of Brazil (ANATEL), was also one of the key speakers. Brazil is an interesting market with 209 million people, and just under 70 million households. De Morais highlighted the fact that there is a growing demand for data traffic in Brazil. While consumers generally had a range of options, he said “there were many Brazil’s within Brazil” and that feeding this growing demand was an ongoing challenge. He said more capacity is needed and that it is important to have synergy between terrestrial and satellite services as Brazil looks to meet this capacity challenge and bring greater socioeconomic benefits through connectivity.