China Unicom to Leverage Eutelsat 172B for Enhanced IFC 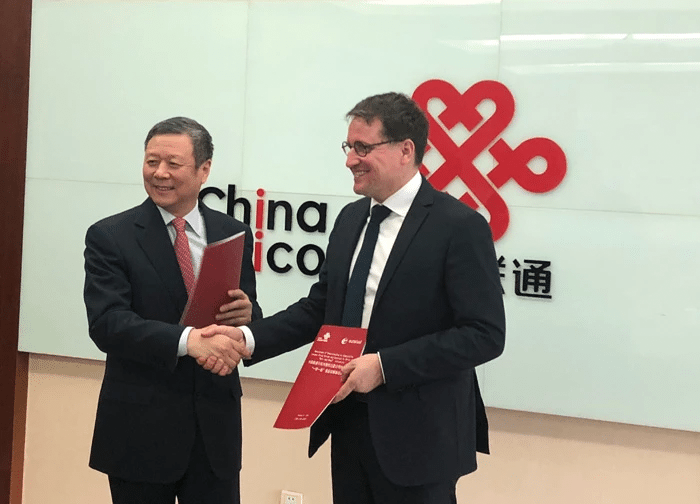 On the occasion of French President Emmanuel Macron’s state visit to China, Eutelsat Communications signed a Memorandum of Understanding (MOU) with China United Network Communications (China Unicom) aimed at addressing the fast-growing satellite communications market in Asia-Pacific in the framework of the “Belt and Road” initiative. China’s Belt and Road initiative is a strategy put in place by Chinese President Xi Jinping to improve connectivity and cooperation between China and other Asian and European countries — a new age Silk Road, of sorts.

The MoU, which Eutelsat Chief Executive Officer (CEO) Rodolphe Belmer and China Unicom Chairman Xiaochu Wang signed on Jan. 9, aims in particular to leverage resources on the Eutelsat 172B satellite to enhance In-Flight Connectivity services across an area stretching from the West coast of North America to Asia, and down to Australia. Cooperation to further develop satellite communication services across the globe is also under consideration.

“This agreement builds on the cooperation that started in 2008, when Eutelsat provided satellite transmission services to China Unicom during the Beijing Olympic Games,” Belmer said. “This reinforced partnership will allow both companies to leverage on their own strengths in order to address future opportunities in the connectivity markets.”