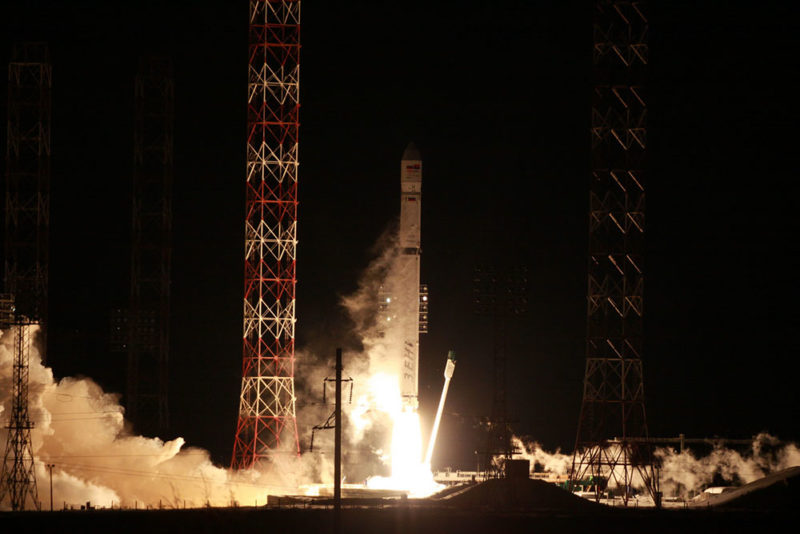 RSC Energia announced Friday that it successfully restored its communications link with the AngoSat 1 spacecraft. Energia lost contact with the satellite shortly after its launch from Baikonur Cosmodrome in Kazakhstan on Dec. 26.

In a press release, RSC Energia — AngoSat 1’s manufacturer — stated that its specialists received telemetric information from the satellite showing that all parameters of its on-board systems are normal.

The telemetry loss is Russia’s second post-launch mishap in less than a month, after a Soyuz mission to orbit a meteorological satellite (Meteor-M 2-1), as well as 18 other secondary payloads, failed in late November. The specific cause for the incident in November remains muddled: Russian Deputy Prime Minister Dmitry Rogozin said this week that the spacecraft’s azimuth coordinates were programmed for a launch from Baikonur Cosmodrome, not Vostochny. Roscosmos, however, rejected Rogozin’s claim, stating that the accident was caused by “a combination of several parameters,” according to Russian media outlet RIA Novosti.