ITC Global, a subsidiary of Panasonic Avionics, sees High Throughput Satellite (HTS) and eventually Extreme High Throughput Satellite (XTS) systems as key to lowering prices for its customers in the Non-Governmental Organization (NGO) vertical. Although Panasonic is largely upgrading its network to cater to In-Flight Connectivity (IFC) demands, ITC Global executives asserted in an interview with Via Satellite that the same assets can help improve the company’s support of NGO remote offices in countries around the globe.

The Eutelsat 172B satellite is the latest addition to Panasonic Avionics’ network, layering capacity over key areas requiring high bandwidth capacity. ITC Global will use the HTS to serve its customers in energy, maritime and enterprise, as well as for expanded NGO services.

“[HTS] is allowing satellite operators to have much more capacity available for sale at a somewhat incremental cost to building a traditional wide beam satellite. What that’s started to do is drag down the price of the satellite capacity itself and in turn that’s turning into lower costs for the end users,” explained Americas account manager Jerry Dirk.

This drop in the cost of bandwidth grants financially strapped NGOs more flexibility to leverage their budgets, said vice president of global enterprise Yagnesh Rajendran. “Traditionally, NGOs procured connectivity services based on a specific budget, which allowed them only a certain amount of throughput. Often, NGOs deprioritized critical services and applications because the budget wouldn’t accommodate the best network for those applications,” he said. “By easing the budget constraints with HTS’ higher efficiency capacity, NGOs can now employ more services to achieve their missions. This can include extending Enterprise Resource Planning (ERP) systems out to remote offices, increasing data collection and analysis, adding videoconferencing and IP telephony, or bringing internet access to remote communities.” 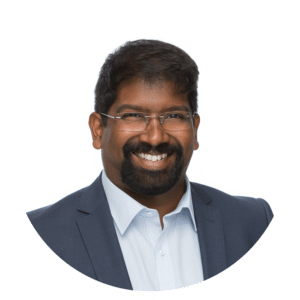 According to Dirk, demand for such bandwidth is not driven necessarily by Very Small Aperture Terminal (VSAT) specific services, but rather the centralization of IT services in general, such as pushing data into the cloud using platforms like Google Docs or Dropbox. Because NGOs often lack skilled technicians on the ground, hosting a local mail server in the middle of South Sudan, for example, isn’t desirable or feasible. “Being able to centralize that [data] in a single location allows their people … to focus on the task at hand — but it does have a requirement of a higher amount of bandwidth, typically, than they would have needed for the operations of their day-to-day systems five or 10 years ago,” Dirk said.

Lowering the cost of services does raise one significant question though, which is how to square that with the need to drive revenue. While Rajendran conceded that satellite services are traditionally more expensive than their terrestrial counterparts, he noted too that ITC Global offers other forms of assistance beyond providing bandwidth, such as manpower for service installation or restoration. ITC Global also contributes technical expertise to help NGOs make more efficient budget decisions for their day-to-day operations. “At the end of the day, we look at several factors and not just cost. ITC Global has certain financial goals, but these have to be balanced with maintaining social responsibility. We understand that not all organizations measure success in terms of dollars and cents,” Rajendran said.

There is the additional problem too of the often-laborious process to acquire international VSAT licenses. For terrestrial services, whether wired or wireless, the barriers are largely financial, Rajendran said. For satellite, more often the challenges relate to the regulatory aspect, as it can be a lengthy and expensive process to acquire the proper licenses in certain countries. “Probably in terms of cost, one of the worst ones we’ve come across would be Chad, where the cost of the license is substantially more than the cost of the VSAT services themselves,” Dirk said. “We tend to work both with the NGOs directly as well as telecom partners that specialize in such things to try and minimize those costs and delays, because very often on the NGO side … a delay of six months is a pretty hard pill to swallow.”

Chad, however, and a number of other African nations is where ITC Global is seeing some of the fastest growing demand from NGOs. South Sudan, for one, has suffered immensely amid the violence of its ongoing civil war. There’s also escalating political tension in Congo, Nigeria and Cameroon, and countries such as Somalia and Ethiopia still have very poor communications infrastructure, Dirk said.

“When these NGOs — whether it’s on the health services side or education or wildlife conservation — want to establish their presence even in a capital city like Juba in South Sudan, by and large most still need to rely on VSAT services despite being in a relatively urban center,” Dirk said.

Many of the remote locations in which NGOs operate coincide with the activities of industrial companies ITC Global also supports. According to Dirk, there is opportunity there to take advantage of spare bandwidth to render new services for NGOs. “For example, a mining company who largely shuts down their office’s operations for the night can make public Wi-Fi available for the local community,” he said. “It’s a concept that we’ve been trying to broker but it’s not something that has really come to fruition yet.”