DSA’s Kalpak Gude on How to Efficiently Share Spectrum

The Dynamic Spectrum Alliance (DSA) is one of the most influential organizations across the telecommunications sphere, advocating for laws and regulations that support more efficient use of spectrum. DSA President Kalpak Gude shared his thoughts with Via Satellite on how he sees spectrum sharing paradigms changing to accommodate new 5G applications. At the DC5G 2017 Summit, Gude also participated in the “5G’s Biggest Challenges: Security, Privacy, Bandwidth and Regulatory Barriers” panel today.

VIA SATELLITE: What is the DSA’s position on spectrum as it relates to 5G?

Gude: We think that for 5G to really live up to the goals and hopes that so many people have in what it can be, it has to start with the principle of coverage, meaning if you’re going to solve some of the problems that 5G targets — connecting those who aren’t connected, being the baseline infrastructure for the Internet of Things (IOT), for example — you have to start with the proposition of coverage … and capacity.

There is really no way to get that kind of access to spectrum without a more dynamic approach to spectrum sharing. The only way we’re going to solve the 5G problem is through a variety of different technologies. In other words, it really is about the network of networks.

We believe that the mobile carriers, Wi-Fi technology, satellites, and new technology like TV white space will play an important and fundamental role in building the connectivity capabilities necessary to deliver on the 5G promise. 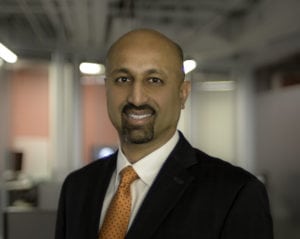 VIA SATELLITE: With all of these competing technologies, how do you see the definition of “fair” spectrum allocation changing?

Gude: We need a balanced approach to how we manage spectrum. Licensed spectrum will continue to be important … but all of the bands that we are now talking about [using] in the future are occupied bands. They’re bands with incumbents that are to varying degrees used for important services. At the same time, we have to recognize that spectrum in most places is unused most of the time, just by the very nature of how spectrum is used. And you can say this frankly about virtually all bands of spectrum. There may be certain locations in dense urban areas [with] much higher utilization of individual bands but, even there, most spectrum is not being used all of the time, so it creates a real opportunity for sharing that spectrum in a new way.

VIA SATELLITE: How does this sharing model relate to the Federal Communications Commission’s (FCC) Citizens Broadband Radio Service (CBRS)?

Gude: CBRS is taking that kind of approach really to the next level. What they’ve layered in CBRS is both the database concept of identifying who’s using the spectrum around you and the protection criteria they need, but also creating a three-tier system where you have the incumbent who needs to be protected. [The FCC] couples that with licensed opportunities under a Priority Access License (PAL), which gives people the opportunity to buy at auction rights to use that spectrum on a protected basis, subject to the use of the incumbent. And then finally, underneath that, is a Generally Authorized Access (GAA) user. That person has to protect the other two tiers but also has access to that spectrum.

It creates the greatest opportunity for the densest and most intensive use of spectrum going forward. We feel that that model can be applied much more aggressively in future bands.

VIA SATELLITE: Where does 5G fit into the conversation about the “spectrum crunch”?

Gude: We think 5G highlights the spectrum crunch. The spectrum crunch is just another way of saying spectrum is as currently allocated growing more and more scarce. Under the current allocation and licensing model, it is really difficult because spectrum becomes a zero-sum game. There is only so much of it — if I have it, I have to take it away from you; if you have it, I can’t use it. So everything becomes a win-lose proposition. Incumbents fight like crazy to protect the spectrum they have. New entrants come and say, “We’re a higher valued user than them so please take their spectrum away and give it to us.” We would argue that kind of approach has led to not just very inefficient spectrum policy but a very time-consuming and wasteful process in trying to figure out how to make spectrum more available.

Most of the time in those places spectrum is underutilized or unused. The question is, how can you identify those opportunities for other users to come in and use that spectrum? A traditional licensing model really gave people the right to both use and exclude. What we’re suggesting is moving to a model where you have the right to use but you don’t have the right to exclude.

This is not meant as a childhood exercise in sharing is caring. This is a genuine expansion [of spectrum]. It used to be a fundamental truth that there’s only so much spectrum out there, as if the zero-sum game was the only way to look at things. I think this capability of dividing spectrum by time as well as space and power and all the other normal sharing techniques has the ability to really expand the availability of spectrum. That is powerful for absolutely everybody.