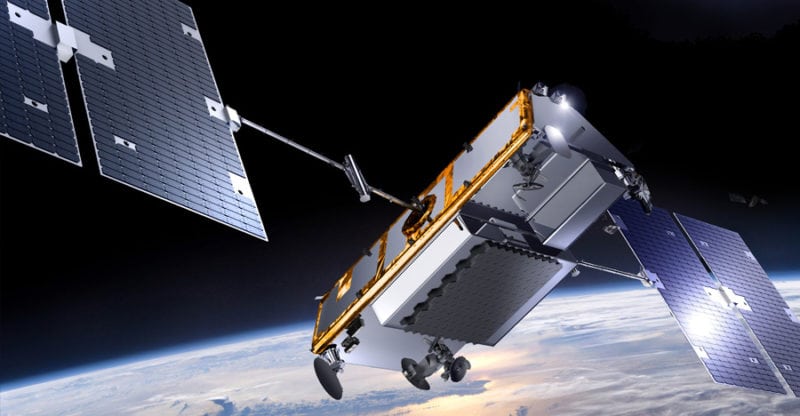 An Iridium Next satellite. Photo: Iridium.

Iridium Communications announced that all 10 Iridium Next satellites have arrived at Vandenberg Air Force Base in California and are being processed for the second launch. Scheduled for June 25 at 1:25 pm PDT (20:25 UTC), this launch continues the deployment cadence for the additional six SpaceX launches of Iridium Next satellites.

The June 25 launch is the second of eight launches for the Iridium Next program. Under the lead of Thales Alenia Space, the satellites were shipped in pairs from the Orbital ATK Satellite Manufacturing Facility in Gilbert, Arizona, and transported in specially designed motion and temperature-controlled shipping containers. Upon arrival, each satellite began pre-launch processing, which will continue up until launch day. This includes mating them to the dispensers, fueling, and encapsulation within the payload fairing. Simultaneously, SpaceX is processing the first and second stages for static fire and launch. All components are on-site and on schedule at this time for launch.