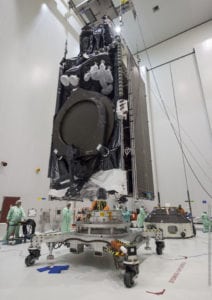 Intelsat has announced that Supernet, a Pakistan-based satellite network service provider and systems integrator, is introducing new services provided via the Intelsat 33e satellite. Supernet, one of the first companies in the Asia-Pacific region to commit to the Intelsat Epic platform, migrated networks onto Intelsat 33e shortly after the satellite entered service in late January 2017.

According to Supernet, the Intelsat Epic platform not only brings efficiency and savings to existing 2G networks of the Mobile Network Operators (MNOs) but provides them with a viable solution for expanding 3G/4G services into remote areas. For other verticals, such as government, oil and gas, mining, and power, Supernet and Intelsat 33e’s system integration capabilities are powering the extension of corporate Very Small Aperture Terminal (VSAT) and enterprise network services.