Arycom CEO on Adapting to Survive the Brazilian Recession 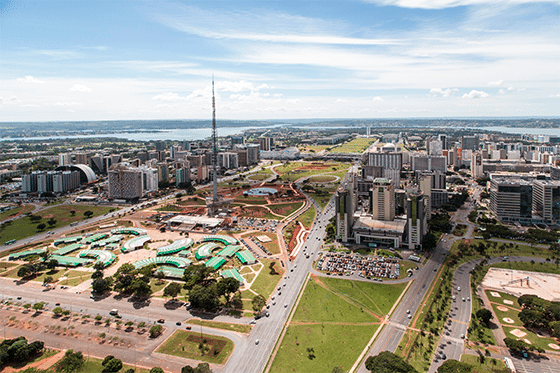 Although Brazil is only now emerging from the throes of its years-long recession, satellite companies there are optimistic that the space industry will bounce back quickly as the country returns to economic growth. “As of January and onwards, things are now starting to look better again,” said Svante Hjorth, CEO of the Brazilian mobile satcom company Arycom.

Lincoln Oliveira, general director of Brazilian satellite operator Star One, spoke similarly. “What has been driving our short-term plans is the belief this recession in Brazil is temporary,” he said.

Brazil has struggled financially since 2014, when signs of contraction in Gross Domestic Product (GDP) first began to appear. Despite searing growth in the few decades prior, the country’s economy shrank a whopping 3.6 percent in 2016, marking its second consecutive year of deficit. According to CNN Money, unemployment peaked this January at 12.6 percent — or nearly 13 million Brazilians out of work. All of this comes even as Brazil works to reconstruct its leadership following the impeachment of the former President Dilma Rousseff last year.

The extended recession has put a damper on nearly every market sector, but Brazil’s satellite industry in particular has felt the burden of its weight. “A lot of the traditional vertical sectors for satellite communications have suffered as a consequence. Anything from companies going bankrupt to payment issues or delays to cash flow challenges, et cetera,” Hjorth said. “It’s been two tough years for most companies, including ourselves.” He highlighted business aviation, oil and gas, and government as three sectors that have lagged most significantly. 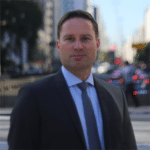 In order to mitigate the damage from the pullback, Hjorth said Arycom has refocused its priorities in a number of ways, such as investing in new, non-traditional verticals. “Besides downsizing, you have to adapt away from sectors that are not doing so well. The markets that are doing better have typically been the ones that export and benefit from the exchange rate right now,” he said, noting the stability in Brazil’s agribusiness and forestry sectors.

Hjorth said Arycom has worked to leverage its capacity for new applications as well, including Big Data, Internet of Things (IOT), and Machine-to-Machine (M2M) services. “That has been our way to survive, and I think we are very well positioned now when the economy starts to improve. We expect there will be a payoff from that investment soon,” he said.

There are signs of life returning to the government sector, which Arycom has stepped away from in recent years, but Hjorth said he remains somewhat wary. “It’s been two years of limited budgets and investments, but we actually see government public bids being launched this year already and more are coming,” he said. “However, I would say from Arycom’s perspective the government sector continues to be characterized by low margins and unfavorable conditions. For example, all government contracts are in the local currency, and consequently you sit on the entire currency risk. So a very low margin could quickly become a negative margin if things go bad.”

Still, Hjorth seemed pleased that the Brazilian government has become more supportive of the satellite industry on the regulatory and policy side, if not as an end user. “These days it’s way more straightforward with licenses and authorizations on all levels. It’s a bit more standardized, I would say. That doesn’t mean it’s not bureaucratic or that it doesn’t take time; it still does. But it is a lot easier today than it used to be a few years ago,” he said.

As the verticals specific to Brazil nurse their wounds, Arycom has also turned to international markets to supplement its revenue streams and make the best use of its available capacity. Not unlike other satellite operators such as Star One, Hjorth said Arycom sees a lot of opportunity in expanding its business in North America. Arycom recently opened a subsidiary in Florida, and Hjorth said the company will be launching its U.S. operations sometime within the next month or two.

“Initially we will have a specific focus on the business aviation sector and general aviation. That will be the starting point since we are well positioned to support mainly Latin American customers that prefer to buy in the United States but want to be supported locally,” he said. “We have the entire portfolio in Brazil that we can also offer in the U.S., and there might be applications, for example within agribusiness, that can be implemented in the United States as well.”

Overall, despite the bumps in the road, Hjorth is not concerned about Brazil’s space industry in the long-term, as he sees the country’s established aeronautical background and higher education institutions, such as the Technological Institute of Aeronautics, as strong launching points for future endeavors. “Brazil has a lot of skilled engineers in the industry. You see a lot of Brazilian engineers in high positions in many of the international satellite operators for example … and that obviously favors them in developing their own solutions,” he said. “Assuming they get the resources, they could be well positioned to take a bigger lead in the satellite industry.”