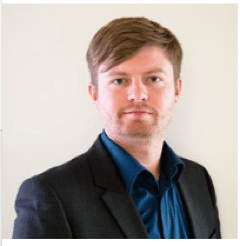 [Via Satellite 11-30-2016] The Oil & Gas (O&G) market traditionally has always been a key vertical for satellite companies. However, falling oil prices in recent years have led to a reduction in investments for new communications infrastructure. One of the ongoing questions is what role satellite will play in O&G going forward. DigiRig works with O&G companies to meet their communications needs. A new service provider in the O&G market, DigiRig was initially setup by two O&G professionals who had been dealing with the lack of support offerings from their third party organizations.

DigiRig’s initial focus was on simple yet critical services such as rig move assistance, local field IT support services, and smart and remote support for telecoms providers. Recently the company has expanded service offerings to include welfare services, IPTV, Voice over IP (VoIP) services, and hosting. Via Satellite talked to Nick Courtney-Jones, CTO at DigiRig, about the changing dynamics of the O&G market and where satellite will now fit in.

VIA SATELLITE: At present, how significant is the role that satellite plays in O&G operations?

Courtney-Jones: Currently I would say that O&G relies on around 80 to 90 percent on satellite connectivity for its remote drilling operations, but it does always depend on the size of the operation and what medium is available at the particular country, what regulations are in place, etc. Clients always see satellite being the last resort for communications after all avenues have been exhausted. I think latency is one of the biggest factors why it’s the last resort connectivity method.

VIA SATELLITE: Has this role changed in the last couple years? How so?

Courtney-Jones: I think you have to look at O&G as two segments: one being production and other being exploration. Each one has its own requirements and therefore challenges — this is broadly covering the upstream market, I won’t touch on the downstream sector of the business as that’s a whole different ball game.

Due to the cheaper fiber installation costs and new wireless connectivity options, such as LTE, you will probably find that majority of the production sites now either have direct redundant fiber links, with some potentially using satellite as a back up link for business continuity. With that being said, introduction of the O3b Network satellites and their Medium-Earth Orbit (MEO) constellation, you will now probably start to find this being used more and more as it does offer amazing performance and pretty much fiber speeds — we are not talking potentially infinite speeds that fiber can boast, but that latency and high capacity issue goes away. Our sister company Defaultroute has actually installed and currently operate Iraq’s first O3b hub.

Now, if we look at the exploration part of the O&G sector, we tend to still find a high reliance on the “traditional” GEO satellites, this is mainly due to the fact that Exploration and Production (E&P) companies start to wander further and wider in search for the reserves, and you generally don’t really have any other options but to use satellite. Again, it’s the last resort for connectivity, however, in most cases, it’s the only resort due to the ubiquitous nature of the technology.

To finally answer the question, exploration still heavily rely on satellite communications, however production facilities are using fiber in majority of the cases and satellite being used as backup. It will be interesting to see how much of a disruptor O3b will be now that people are starting to trust the technology.

VIA SATELLITE: How is satellite being used compared to other technologies?

Courtney-Jones: I think its unfair to look at O&G as a single entity; each segment has their own requirements and each technology offers its own advantage. However, I would say that production primarily uses terrestrial and wireless (assuming you mean microwave not Wi-Fi) and exploration use primarily “traditional” satellite. Although there are some use cases where there is an overlap depending on the size of the campaign/project. I still see a great deal of companies wasting money on using expensive “bits” to support non-business critical traffic; this needs to change, I think some might be surprised with how much they can save by being smarter with how they route their traffic.

VIA SATELLITE: With significant geopolitical factors at play, the O&G market is going through a turbulent time. Because of this this, what are some of the main challenges facing O&G operations?

Courtney-Jones: Loss of experienced and talented personnel; however I would like to focus on the positives. This is the best time for O&G companies to trim the fat and make best use of the new technologies that are out there, potentially start being the early adopters of new technologies which will enable them to receive better ROI’s, thus when the price does climb back up they will be even more profitable.

VIA SATELLITE: How have High Throughput Satellites (HTS) impacted the O&G sector?

Courtney-Jones: When talking about HTS I think you firstly have to understand what they were originally intended to be used for, and that is to deliver broadband services to areas that have poor terrestrial infrastructure, and I think HTS fixes that problem really well. Obviously since the initial HTS, there are more uses in consumer markets such as cellular and backhaul to mention one.

HTS has certainly helped with reducing the cost per bit, however I feel that the only individuals that have seen true benefit are those in the consumer market space. The big corporates are still to see the benefits and this is mainly due to the way these products are packaged. With certain companies hiding the contention ratio, it becomes very difficult to manage and plan corporate networks where you need to guarantee a certain “quality of experience” to your end users.

HTS has certainly brought a lot of competition to the satellite Internet Service Providers (ISPs) since market entry costs have reduced dramatically. However this brings a lot of issues where buying such connectivity for a small business/your home internet doesn’t automatically mean it’s a fit for purpose system for the corporate world. This is exactly where I see a lot of inherited issues in our industries: cheap doesn’t always mean great. This might sound like I am very much against HTS technology but it’s completely the opposite. I think that HTS has its place in the O&G market, but every solution has its place. Personally I feel that using, for example, a Ka-band system in a tropical region to support your corporate office, even a rig site, is stretching its functionality and puts your operation at risk.

VIA SATELLITE: How do you see HTS helping the O&G market in coming years?

Courtney-Jones: I think HTS has great future for remote assets offering occasional use services such as seismic exploration work and crew welfare with its broadband offering, the hardware is cheap, and it’s quick and easy to deploy. When it comes to using HTS for all your corporate connectivity at critical sites, the majority of HTS services are Ka-band, then I am afraid for most of the world the uptime just isn’t good enough and you have to really think outside the box with how you can make all these different technologies work for your customer.

VIA SATELLITE: What are your network and communications challenges and trends?

Courtney-Jones: I think educating clients with difference in technologies of the satellite world is getting more difficult as costs play a big part, especially these days, and with cost you almost always sacrifice performance.

With the cloud computing more real than ever, this causes a lot more issues with the ability of having apps hosted anywhere in the world, and with the latencies on a simple satellite circuit being at around 550ms if you’re lucky. This will cause more and more issues as more organizations achieve 100 percent cloud hosted apps.

I have seen that there is a start-up looking at deploying data centers into Low-Earth Orbit (LEO), this is an interesting concept and I will certainly be keeping a close eye.

VIA SATELLITE: How are you improving efficiency?

Courtney-Jones: Here at DigiRig we have positioned ourselves perfectly in trying to fix the challenges our clients have with remote IT and telecommunications support, we think the trend is heading a lot more toward site generalists with specialist operations centers offering expertise to the site, and we are hoping to be in the right place to support that move. DigiRig is also a co-founding member of the R-CADE.co organization which contains the right blend of companies offering services to the O&G clients, which covers everything from downhole monitoring, data transport, data visualization, workflow optimization, and wells simulation. We are trying to change the way companies think of buying connectivity, instead of buying bandwidth you are buying a service which enables you achieve the right level of visibility for their operation. Together with our sister company Defaultroute, we at DigiRig feel very well equipped to support our clients future operations.

VIA SATELLITE: What are the market trends facing O&G operations? What about offshore video and the escalation of data being used?

VIA SATELLITE: How do you see this developing over the next two to three years?

Courtney-Jones: I believe integrated operations is what O&G companies will be focusing on in the coming years to seek more efficiencies and to lower their operating costs. This is already starting to take place, and communications will be put under even more pressure. This is exactly the reason the organization R-CADE.co was created, to help O&G companies achieve their true IO centers and allow their workforce the right level of visibility to enable them make correct decisions during a campaign.