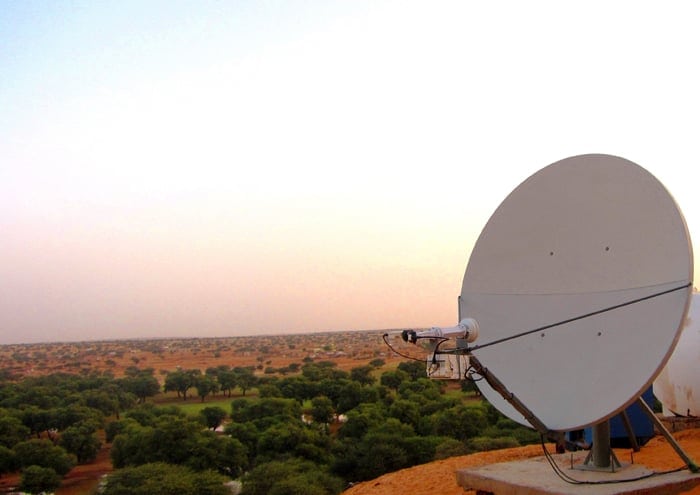 [Via Satellite 11-16-2016] Global Technologies, an international technology company, has signed a multi-year contract with Eutelsat Communications for C-band capacity on the company’s Eutelsat 8 West B satellite. The capacity contract serves to upgrade the mobile and internet network of Mattel, a subsidiary of Tunisie Telecom and Mauritania’s leading mobile operator, according to a statement released by Eutelsat.

In order to deliver improved internet access and service quality, particularly in areas isolated from terrestrial networks, Global Technologies Group will overhaul Mattel’s Very Small Aperture Terminal (VSAT) network. Distributed across Mauritania, VSAT dishes measuring between 2.5 and 4.5 meters are used to connect mobile telephony and internet base stations to the Eutelsat 8 West B satellite, without any need for terrestrial networks. Global is driving this modernization project in partnership with Eutelsat, from design phase to nationwide deployment of a solution for Mattel.