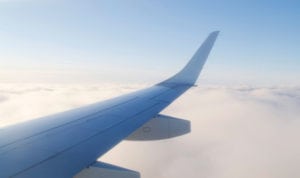 [Via Satellite 06-09-2016] Panasonic Avionics has booked additional capacity on the Eutelsat 172A satellite to deliver broadband connectivity and TV services to commercial airlines over the Pacific Ocean region. Located at 172 degrees east, the satellite enables Panasonic to bridge the West Coast of North America to Asia, and down to Australia and Pacific islands, supporting rapid air traffic growth in the region.

“We have experienced unprecedented growth across our aero, energy and maritime markets in Asia. Even though Panasonic has already contracted a large amount of capacity on Eutelsat 172A and 172B, we’ve simply outgrown it,” said David Bruner, vice president of global communications services at Panasonic Avionics.

Panasonic leases capacity on four other Eutelsat satellites — Eutelsat 10A, Eutelsat 70B, Eutelsat 115 West B, and Eutelsat 117 West A — and has already secured capacity for future growth at this orbital location as the anchor customer on the high throughput payload on Eutelsat 172B, which is scheduled to launch next year.