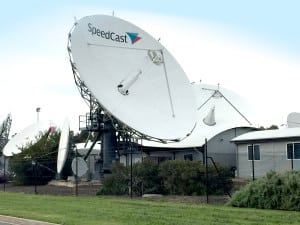 [Via Satellite 02-25-2016] SpeedCast International grew its statutory revenue by 42 percent in 2015 to $167 million. The company also achieved a 42 percent increase in Earnings Before Interest, Taxes, Depreciation and Amortization (EBITDA), with profitability of $29.3 million.

Revenues in 2015 included the contributions from four strategic acquisitions as well as year-on-year organic growth. SpeedCast went on an acquisition spree last year, purchasing a total of six companies, which expanded its reach in Africa and South America. SpeedCast funded each of the acquisitions predominantly by debt, and stated that each was immediately accretive.

Today SpeedCast is present in more than 90 countries, and has a worldwide network of 33 sales and support offices and 31 teleport operations. The acquisitions along with other investments strengthened the company’s position in maritime and energy, two key growth industries for the group. SpeedCast’s maritime business unit delivered 69 percent revenue growth year over year. In 2015, SpeedCast built the foundation of its energy business by establishing a Houston-based team and acquiring Hermes Datacomms. Energy sector revenue grew 251 percent in 2015 year over year.