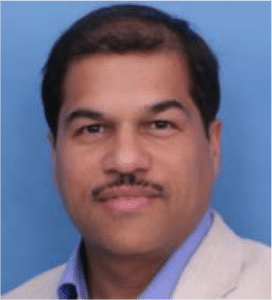 [Via Satellite 02-22-2016] AOneSat, a new Swiss satellite operator formed by Indian space industry entrepreneurs, is forming the plans to purchase and build its first satellites within the next year or two. The company founders got their start supplying key systems to the Indian space program, and over the course of roughly two decades, helped build geosynchronous telecommunications satellites, as well as spacecraft for missions to the Moon and Mars.

Vaibhav Abhyankar, CEO of AOneSat, told Via Satellite that the company has ambitious plans to both purchase satellites from other operators and produce its own fleet to provide telecommunications services from space. AOneSat had a contract for its first satellite, AOneSat 1, but Abhyankar said the company is re-signing this agreement to reconfigure the satellite in order to better reflect changing price and service models. The bid is down to two suppliers, which will eventually narrow down to one. In the meantime, AOneSat is seeking to purchase an interim satellite to build revenue streams before its own satellites are positioned.

“Our first market for our full satellite, AOneSat 1, is for Latin America. So the Latin American market is important to us, and we want to prove to our clients that AOneSat 1 is not a long dream, but can start from today. That is why the interim satellite is important to us. Our plan is to be in position by sometime this year. Of course there are regulatory approvals in progress, but that is our plan,” said Abhyankar.

Abhyankar said AOneSat will leverage its own background in building spacecraft with the Indian Space Research Organization (ISRO) when designing its own satellites. As a small company, he said AOneSat is unable to run large Requests for Proposals (RFPs), and will take a more hands-on customization approach. AOneSat will hold onto the drawing board and the software to form the concept and designs, while manufacturers work on satellites and payload.

AOneSat’s purpose for the interim satellite is to fill the gap between signing the contract and when AOneSat 1 would reach orbit.

“We are definitely going out aggressively in the market — whether it happens this year or whether it happens next year — for acquisition of some satellites. They could be half-constructed, or in service having already consumed some of their life with some life remaining, and lease back to some customers,” explained Abhyankar.
In addition to Latin America, the Indian market is of great interest to AOneSat. Though a massive market, companies often have a hard time navigating India’s regulations. Abhyankar said AOneSat has greater visibility into India’s marketplace thanks to its origins.

“India is better visible to us than to a large number of operators who either are in India but are unable to expand their market, or who are not in India and want to enter into the market. Both are having some difficulties there, whereas we are part of the satellite space and policy making in India. It is easier for us to understand how that functions,” said Abhyankar. “For the moment we are not launching our own satellite there, but we are having good cooperation with a couple of players for that market. We are planning to use their capacity for our upcoming customer projects.”

Abhyankar declined to disclose the name of the first satellite AOneSat plans to buy because the transaction is in progress today. He said AOneSat had a vision to cover the globe, but feels it is more realistic to target regional markets at this stage. This could look like one or two satellites each in different zones, he said.

Currently AOneSat 1 is more than 50 percent funded. Abhyankar said after redesigning and renegotiations are complete, AOneSat plans to complete the remainder of the funding. He said the company is pursuing an in-orbit delivering contract, where launcher arrangements are secured as part of the satellite-building contract.

Abhyankar said AOneSat is in the process of constructing its own ground segment.

Additionally, the company is coordinating with several large satellite operators on spectrum, markets, as well as capacity agreements where AOneSat could lease interim capacity on an existing satellite, and return the favor when its own spacecraft are ready.