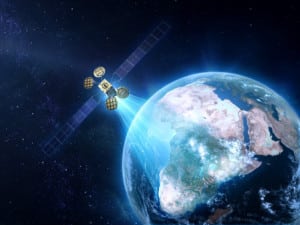 [Via Satellite 10-05-2015] Facebook and Eutelsat have reached a multi-year agreement with Spacecom to make use of the entire high throughput broadband payload on the future Amos 6 satellite to provide Internet access in Africa.

Together the two companies plan to build a dedicated system comprising satellite capacity, gateways and terminals to reach large parts of Sub-Saharan Africa.

Israel Aerospace Industries (IAI) is building the Amos 6 satellite, which is scheduled to enter service in the second half of 2016 following its launch aboard a SpaceX Falcon 9 rocket. Eutelsat and Facebook will share the Ka-band spot beam capacity available from the satellite. Facebook plans to work with local partners across Africa to leverage satellite and terrestrial capacity to deliver services to rural areas.

“Facebook’s mission is to connect the world and we believe that satellites will play an important role in addressing the significant barriers that exist in connecting the people of Africa,” said Chris Daniels, VP of Internet.org, a Facebook initiative started two years ago to connect unconnected regions of the world.

Eutelsat initially provided broadband to Sub-Saharan Africa using Ku-band satellites to target professional users. The operator is setting up a new company in London that will steer its African broadband vision and business. Laurent Grimaldi, founder and former CEO of Tiscali International Network, will lead the company, focusing on serving premium consumer and professional segments.