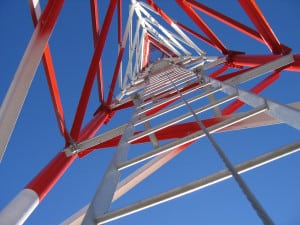 [Via Satellite 09-08-2015] High Throughput Satellite (HTS) services are poised to catalyze growth in cellular backhaul, according to a recent study from Euroconsult. The research firm expects HTS will contribute significantly to more than $1 billion in capacity revenues by 2025 in its “Prospects for Cellular Backhaul in Fast-Growing Economies” report.

Euroconsult identified the extension of 2G networks to rural sites as well as the development of 3G small cells running on renewable energy in some markets as top drivers for cellular backhaul over satellite. HTS is an influential factor in expanding 3G, but reservations will need to be pushed through in order to make this more of a reality.

“A number of telecom operators tend to be conservative,” Pacome Revillon

CEO of Euroconsult, told Via Satellite. “One of the challenges is to guarantee a good quality of services, including in markets that are very competitive. As HTS systems are still very new to various markets and require using new frequencies and ground equipment, this creates significant challenges.”

Revillon said greater adoption of HTS could lead to several changes in cellular backhaul. For instance, though C-band is widely used today in countries with significant rain fade, the large increase in the availability of HTS capacity, and first returns of experience on its use for cellular backhaul, could facilitate its adoption by new operators. In Africa, outsourcing of mobile towers to specialized service providers has become more popular. Euroconsult found in its research that as this outsourcing takes place, larger solution integrators and base transceiver station manufacturers are entering the backhaul market as managed service providers, often in partnership with satellite operators and service providers. Revillon said HTS provides opportunity for this trend to accelerate.

“Moving forward, the rationale for further partnership with satellite operators would be related to HTS capacity. Investment decisions on certain beams or capacity might depend on agreements with service providers and some visibility on local businesses … based on our analysis, the use of HTS capacity is mandatory for any large-scale operators involving 3G traffic, due to the volume of data involved. As such, HTS represents an enabler for the satellite industry,” he said.

HTS is also lowering the cost of satellite capacity, which, coupled with intense competition in several markets, is leading to lower prices. This also equates to a decrease in expected revenues from Euroconsult’s 2013 projection of $1.1 billion in capacity revenues by 2023 to the aforementioned $1 billion by 2025. Euroconsult anticipates demand for cellular backhaul will only continue to grow, with several large emerging countries leading the way.

“A sample of countries with high growth include Brazil, Indonesia and the Democratic Republic of Congo (DRC). The rationale for growth includes push from the government for universal access in Brazil and Indonesia. In the three countries, an important driver remains the presence of large areas without fiber access, while communication needs are growing fastly. Each of these countries have close to or more than 1,000 mobile base stations connected over satellite,” said Revillon.