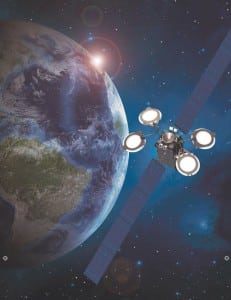 [Via Satellite 09-03-2015] Axesat, a top enterprise connectivity provider in Latin America, has signed a multi-year, multi-transponder agreement with Eutelsat Americas to provide corporate services in South America. Axesat will use capacity from two Eutelsat satellites: Eutelsat 115 West B will connect Axesat customers in energy, agricultural, financial, educational, and government sectors; and Eutelsat 113 West A will provide corporate connectivity solutions in Mexico for banking and retail industries.

“With Eutelsat 115 West B we will be able to consolidate capacity on fewer satellites and, at the same time, improve the efficiency of our operations. We look forward to continuing to seek the most efficient solutions with Eutelsat in order to further raise our game in evolving market needs,” said Mauricio Segovia, CEO of Axesat.

Eutelsat 115 West B is the first all-electric satellite in Eutelsat’s fleet. The spacecraft launched in March 2015 and is expected to enter service next month. The satellite carries 24 C-band and 41.5 Ku-band equivalent transponders connected to specific service areas including Alaska, Canada, Mexico, and South America.