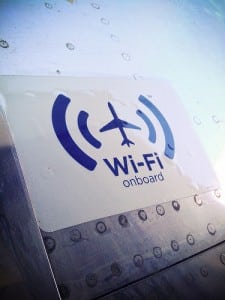 [Via Satellite 04-09-2015] Revenues from the In-Flight Connectivity (IFC) market for commercial aircraft will climb to $3.2 billion by 2024, according to a new report from Northern Sky Research (NSR). Changing mindsets about IFC will continue to drive demand for passenger connectivity along with other applications, growing the market for aeronautical satcom to 160 transponder equivalents for Fixed Satellite Service (FSS) capacity, and 81 Gbps of bandwidth from geostationary and non-geostationary systems, according to the research firm’s “Aeronautical Satcom Markets, 3rd Edition” report.

NSR estimates that only about 47,500 in-service satcom units have been deployed for a total addressable market of more than 100,000 airframes. Passenger connectivity demands for applications such as social media and video are forecast to drive bandwidth requirements worldwide.

“Today’s passengers expect IFC. It is no longer a ‘luxury item’ for their journey. Its place in the journey has become almost as expected as the emergency card in the seat pocket in front of them,” said Claude Rousseau, report author and research director at NSR.