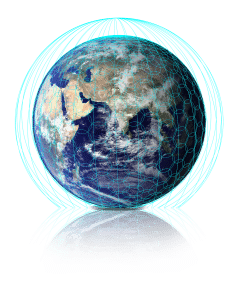 [Via Satellite 03-02-2015] Honeywell Aerospace has signed a Memorandum of Understanding (MOU) with OneWeb to provide aircraft equipment and airtime services to OneWeb’s planned satellite constellation. Under the agreement, Honeywell will provide business jet, commercial airline and military aviation customers with aircraft hardware and airtime services that could include weather, navigation and health monitoring of the aircraft via the OneWeb satellite constellation.

The more than 600-satellite telecommunications constellation, which OneWeb expects to be operational in four years, will also provide approximately 10 terabits per second of high-speed Internet access to billions of people around the world, even in remote areas, according to the company.

In addition, the two companies will work to explore in-orbit satellite equipment supply for the constellation.