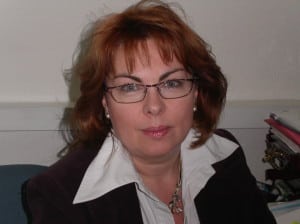 [Via Satellite 11-17-2014] Satcom Global, a satellite communications provider headquartered in the United Kingdom, has opened a new office in Moscow, Russia, to extend its reach throughout the largest country in the world. The company announced the new office, which had been planned since May 2014, this October. Elena Lu-Ke-Su, CEO of Satcom Global Russia, said the company has used the past five months to plan its entrance into the market. Satcom Global already has customers and partners in Russia and will work to grow both in the coming months.

Lu-Ke-Su told Via Satellite that Satcom Global will reach all of Russia. The company’s three-pronged approach involves direct sales from Moscow, a strategic network of regional agents and dealers, and participation in regional events and seminars. From the Moscow office, Satcom Global can reach customers with centralized headquarters in the city as well as relatively nearby locations such as St. Petersburg. Associated agents and dealers will represent the company’s interests in airtime, hardware, and after sales support in specific regions, according to Lu-Ke-Su. At this time, Satcom Global does not plan to set up regional offices of its own, but could consider them in the future, she added. The company’s strategic network of partners will enable it to reach Russia from west to east, as well as possibly expand elsewhere.

“Our local team, supported by our wider company, has everything in place to make that happen — both the experience and capabilities to scale the business nationwide. There are multiple ways of reaching the nation,” Lu-Ke-Su said, adding that Satcom Global will also be looking to develop its dealer network outside the Russian Federation in countries such as Kazakhstan and Uzbekistan.

Lu-Ke-Su said Satcom Global anticipates a growing demand for Machine-to-Machine (M2M) satellite communications in Russia. The company is taking a strategic approach to each vertical it enters. For example, the maritime and land markets are more established, prompting Satcom Global to invest in new product development of value added services for the purpose of differentiation.

“We have a number of products in development, from full communications management hardware and software, to a redevelopment of our GlobalNet platform for activations management,” said Lu-Ke-Su. “We sell full solutions offering both commercial and technical advantages and focus on adding value to an ‘off-the-shelf’ product wherever possible.”

Satcom Global is working with Russia’s aviation authorities to supply Inmarsat and Iridium satellite products to aeronautical customers. Lu-Ke-Su said there are a lot of opportunities coming from the government sector in aviation. The company intends to provide training for aero customers, and provide service and technical support such as repairs, as well as supervision for hardware installation where possible.

Lu-Ke-Su noted that mobility is driving growth in the VSAT market too, whereas before it emphasized fixed solutions. The demand for voice, data and video on vehicles, railways and maritime vessels is driving portable VSAT sales. Here she sees potential for Inmarsat’s high throughput Global Xpress (GX) network.

Extreme environmental conditions in Russia are also guiding product development. Temperatures can drop to -50 degrees Celsius in remote areas — well below the average hardware operating temperature of -24 degrees Celsius, according to Lu-Ke-Su. Because these same environments are precisely where satellite solutions are needed, Satcom Global has invested in Research and Development (R&D) to specialize products for the sub-zero temperatures. The company’s BGAN terminals, for example, operate in Siberia in a “sleeping bag” warm suit to insulate the terminal and ensure it operates efficiently in the cold.

Satcom Global is also readying for mandated compatibility with Russia’s Global Navigation Satellite System (GNSS) Glonass. Domestic navigation will require Glonass to be supported once the program is launched in 2015, and suppliers are required to provide compliant devices. Lu-Ke-Su said this is something the company will need to invest in as Glonass nears operation. Still, despite this and other regulatory requirements, Lu-Ke-Su said the Russian telecoms market has a strong grasp of what it wants, and that Satcom Global is ready to compete.

“It’s widely known that the sale of communications is very highly regulated in Russia so, like all companies, we have to ensure we are fully compliant with permits, certificates, etc. It’s a unique market in that respect,” she said. “Legal and compliance issues aside, we are very confident that what have brought a significant new player to a market, which has traditionally been served by the same providers for many years.”