Via Satellite is reporting from the OilComm 2014 event.

[Houston, Texas 11-05-2014] The Federal Communications Commission (FCC) is nearing a decision point on the regulatory plan 3.55-3.65 GHz Citizen’s Broadband Radio Service (CBRS). The FCC will decide on the fate of 50 MHz at the 3.65 GHz band, which several incumbent operators use today.

The WiMAX Forum is going to meet with the FCC in December to finalize their position. In June the organization advised the FCC against including the 3.65-3.7 GHz spectrum band, warning that investments made over the years would be compromised by the decision. 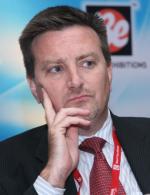 “We’ve spent millions of dollars actively using the legacy band, 3.65, and even if you give us a runway of two-to-five years to make changes, you basically strand and obsolesce all that investment because we cant’ keep supporting it,” said Declan Byrne, president of the WiMAX Forum.

If the FCC includes the spectrum band in the CBRS, and oil and gas companies have to bid on licenses, they could find themselves to be very disadvantaged. The way licenses are auctioned calibrates well to where people live, but not so much to less populated places where oil and gas companies operate. Spectrum is simply not organized favorably for industrial users. Byrne said the industrial market also lacks the financial wherewithal to compete against AT&T, Verizon and Sprint who are going to want these frequencies for small cells.

“The industrial market generally doesn’t like to rely on public operators for critical services for all sorts of really good reasons,” he said. “Oil and gas companies, similar to utilities, deploy across their network with very low latency requirements — and if you don’t meet those latencies, things explode. You don’t really want to rely on AT&T to run your network. AT&T’s business is the consumer voice and data market. It will never be Chevron.”

Oil and gas companies worry that in the event of a power outage or other emergency when they most need data services, they will find that public operators have crashed. Industrial business is not central to public operators, who tend to design their networks for mobile voice and broadband. Even if oil and gas companies choose to use public operator services, the design of LTE brings with it architecture and cost requirements that add quite a bit of expense. For these reasons, the energy sector often prefers to build its own networks.
Byrnes said the outcomes could vary if the FCC decides to graft the 3.65 3.7 GHz spectrum band into the CBRS.

“If the FCC ignores industry’s rationale … two things have to happen. The manufacturers currently providing WiMAX in that band — which are principally Siemens and General Electric — are going to have to say ‘do we want to put WiMAX? Do we have to change the technology so dramatically to accommodate a 200 MHz band and a whole different set of rules? Why don’t we just walk away from it?’ And/or utilities and oil and gas companies try to figure out how they can extend current use for five years under the CBRS regime, which is all draft. They could try to make a go of it,” he said.
For a risk-averse industry like oil and gas, trying to use the 50 MHz from the 3.65 GHz band in new conditions, with new riles and untested processes is unfavorable.

“The biggest thing is, if I’m Chevron and I’ve spent $40 million or more on various WiMAX networks in my total system, all of a sudden the FCC says ‘you can continue to use 3.65, but it is part of the CBRS band,’ and there is a spectrum allocation system — some super computer buried in the ground somewhere which on the fly is allocating shared spectrum resources — that’s all very exciting, but it’s unproven. Our view is when you have this many incumbent users in a band; you don’t want to try something new like that. Come back to us in three to five years when you know if it works,” said Byrne.

The WiMAX Forum has put together a coalition with the American Petroleum Institute, the Utility Telecom Council and its vendors, to lead a drive to the FCC to oppose any change in the rules around 3.65 GHz. Byrne said he feels they have been pretty successful. Spectrum concerns have been on the minds of many in the oil and gas industry for some time. Byrne hopes that by this time next year, the industry will be able to breathe a little easier.

“[If we lose] it doesn’t have to be the end of the world and the elimination of the 3.65 GHz as a usable band by industry, but it’s going to be a pretty big blow,” he said. “That’s why we are fighting it so hard.”