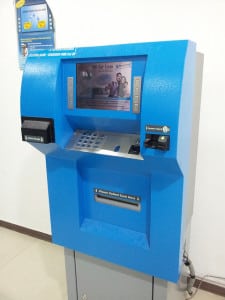 India’s Prime Minister Narendra Modi has set the goal of making access to an ATM reasonable for the majority of the country. Reserve Bank of India (RBI) data outlining global financial inclusion indicators for 2011 ranks India has having one of the lowest ATM densities in the world, with 25.4 ATM machines per 1,000 square kilometers, or 8.9 ATMs per 100,00 people. Based on initiatives lead by India’s Ministry of Finance and a consortium of public sector banks, ATM penetration in is expected to climb to 200,000 ATMs by 2016.