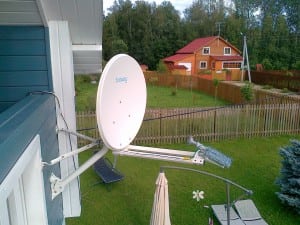 [Via Satellite 08-19-2014] Russian Satellite Communications Company (RSCC) reports that the number of citizens accessing the Internet via Ka-band satellites has crested 5,000 users. On average, the speed of user access is approximately 6 Mbps, with each terminal reaching a monthly average of more than 8 GB.

Russian’s on the European side of the country are supplied through a partnership with Eutelsat for the use of the High Throughput Satellite (HTS) Ka-Sat at 9 degrees east, which carries a payload of 82 Ka-band spot beams connected by 10 ground stations. Ka-Sat will broaden RSCC’s reach to the Far East and Siberia during the first quarter of 2015. In the second half of 2015 RSCC plans to support the extension of Ka-band service through Express AM5, launched in December 2014, and Express AM6, slated to launch in fall 2014. These satellites will bring broadband service to Central and South Ural Regions of Russia.

“Ka-band satellite Internet is currently seen as a fairly high potential service, even in countries with well-developed ground infrastructure,” said Deputy Director General for Innovative Development at RSCC Evgeny Buydinov. “According to our estimates, about 20,000 to 23,000 users annually subscribe to this service in Russia. Once all the network segments have been brought on line, users will be granted satellite broadband access to information resources at any location across Russia from Kaliningrad to Kamchatka, at very attractive prices, absolutely regardless whether there are any cable connections available in a household.”