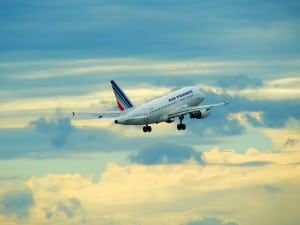 [Via Satellite 05-14-2014] Inmarsat, the satellite company that helped track the location of the missing Malaysia Airlines Flight 370, has proposed a free aircraft tracking service over its network. The proposal was submitted in response to a questionnaire by the International Civil Aviation Organization (ICAO), which preceded a conference in Montreal, Canada on aircraft tracking. According to Inmarsat’s Aviation President Miranda Mills, this service could be brought online in very little time.

“The equipment is onboard almost 11,000 aircraft already flying today, so it can be switched on almost instantaneously … we have proposed to offer this service free of charge, and then we would need to instigate it through our channels and have the airlines requesting it,” Mills told Via Satellite.

Service agreements would be organized through one of Inmarsat’s service providers, either Rockwell Collins or SITA, and the tracking would be accomplished using Automatic Dependent Surveillance-Contracts (ADS-C). Since all of the necessary equipment is already installed in most aircraft today, no major upgrades would be required — all that is needed is for airlines to say yes.

“We can’t switch it on if airlines don’t want to switch it on,” said Mills. “Technically it could happen instantaneously, however there are certain contractual or legal agreements that would need to be put in place for a specific airline to request that service through its service provider. But it could be a matter of weeks.”

Inmarsat’s free global tracking service pays homage to the company’s roots as an organization set up to provide safety of life services to ships at sea. The amount of data transferred is so minimal for aircraft tracking, that the cost is hardly a factor. The tracking would add about $2 to $3 dollars per flight, depending on length, according to Mills.

“We have provided free basic services for ship tracking since we’ve been set up, and this is rolling that concept over into aviation where, although we don’t feel the service itself is that expensive — roughly the cost to an airline is about 20 cents per report — we just feel that there seems to be some kind of fundamental blockage in terms of paying at all,” said Mills. “We want to offer this to the airline market as a response to the requests that are coming through now for better coverage and clearer flight tracking around the world.”

Transmissions would include the basic location of the plane, along with key parameters such as altitude and speed. Inmarsat is also offering an enhanced position reporting facility to support reduced in-flight aircraft separation, and a “black box in the cloud,” the latter of which would be more data intensive, but also more infrequent in use. The extra services stream both historic and real-time flight data recorder information as well as cockpit voice recorder information off an aircraft. Triggers such as an aircraft veering off course unexpectedly would activate the black box in the cloud, and ADS-C would enable two-way communication between the aircraft and aviation safety personnel on the ground.

“There would be an alert effectively that the aircraft management organizations would receive to say that the aircraft had deviated, whereas today the dot just disappears from the screen or, even worse, doesn’t transfer to the next country’s screen,” said Mills. “By having that awareness upfront, hopefully it could be taken into hand so that a tragic accident wouldn’t happen, or so that we know what has gone wrong immediately, and it’s not a case of having to search for the black box.”

In the event of an ongoing crisis, authorities such as the United States Federal Aviation Administration (FAA), the United Kingdom’s NATS or other Air Traffic Control (ATC) organizations would be able to communicate with the distressed plane and react swiftly as they deem fit.

“What the service would bring is immediate awareness to the air traffic management team who are tracking the aircraft that something has happened,” Mills said. “There are always going to be events, but knowing about it as soon as possible gives us at least an opportunity to be able to intervene.”

The International Air Transport Association (IATA) would also be involved in the implementation of the service. Should a new policy be made, IATA would work toward it with ICAO. Mills said the company received hopeful responses regarding the proposal at the ICAO conference.

“Feedback so far has been very positive,” she said. “Who turns down a free service?”