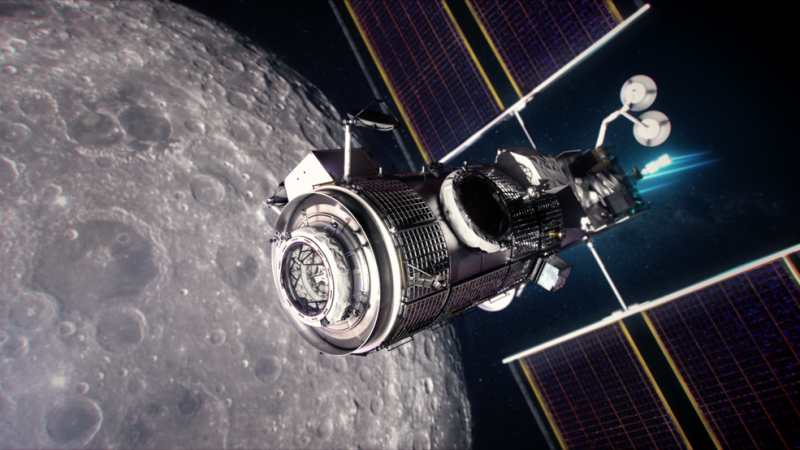 A rendering of the Habitation and Logistics Outpost (HALO), one of the elements of Gateway. Photo: NASA

NASA has finalized its contract with Northrop Grumman to develop the living quarters for astronauts working on the Gateway, the planned in-orbit moon outpost. NASA announced July 9 the firm, fixed-price contract is valued at $935 million.

This is a step forward for NASA’s Artemis program, which is developing the Gateway to support science investigations and surface landings at the moon. Northrop Grumman will develop what is called HALO — the Habitation and Logistics Outpost. The combined spacecraft is targeted for launch in November 2024 on a SpaceX Falcon Heavy rocket.

The HALO design is based on Northrop Grumman’s Cygnus spacecraft, which conducts resupply missions to the International Space Station. A previous contract for HALO was awarded in June 2020 for work through preliminary design review. The review process for the module was completed in May.

“NASA is building the infrastructure to expand human exploration further out into the solar system than ever before, including Gateway, the lunar space station that will help us make inspirational scientific discoveries at and around the Moon,” NASA Administrator Bill Nelson said in a release. “The HALO is a critical component of Gateway, and this exciting announcement today brings us one step closer to landing American boots on both the Moon and Mars.”