Comtech Xicom Technology, Inc., the world’s leading satellite communications uplink amplifier supplier, is trailblazing the way forward at Ka-band with amplifiers from 10 watts to kilowatts for transportable, fixed and mobile terminals, on land, at sea or in the air.  Xicom designs and builds the highest-performing, most compact, robust, and innovative Ka-band amplifiers and block upconverters in the world. 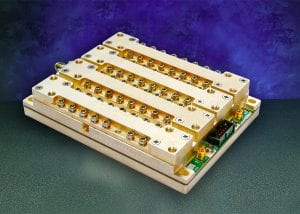 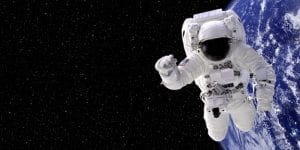 Scientific and military system are using the spectrum between 25.5 and 27.5.  These non-standard Ka-band frequencies will require new RF chipsets and output combining structures for the amplifiers. Efficiency improvements are critical to enable these higher data rates for extended unmanned flights. Power amplifiers must be more efficient and located very close to the antenna to minimize RF losses. 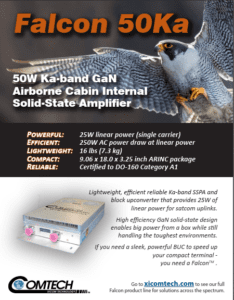 Xicom has developed and DO-160 certified the new Falcon 50Ka, a high-performing ARINC 791 Ka-band SSPA/BUC providing 25W linear power for in-flight connectivity in the same package as our 20W linear Falcon 40Ka. With thousands of Ku-band commercial aviation SSPA/BUCs already delivered, Xicom has just increased the options available to service providers and integrators with two certified Falcon Ka-band solutions from a high-volume manufacturer of the highest airborne quality and reliability. 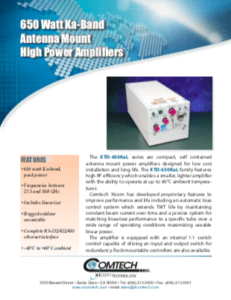 High Throughput Satellites (HTS) for GEO orbits are heading toward on-orbit capacity into the Tbps.  These HTS systems traditionally use 27.5-30.0 GHz uplinks, but with varying frequency plans around the globe and new broadband antennas and feeds we are seeing demand in various bands across 27.0 to 31.0 GHz.

Comtech Xicom Technology has ramped up the available output power of our Ka-Band product line with a new 650W peak power- TWTA for satellite gateway applications. This amplifier now can cover any frequency in the 27.0 to 31 GHz band and features 270W of linear power for higher data rates and bandwidth efficiency in GEO satcom links.