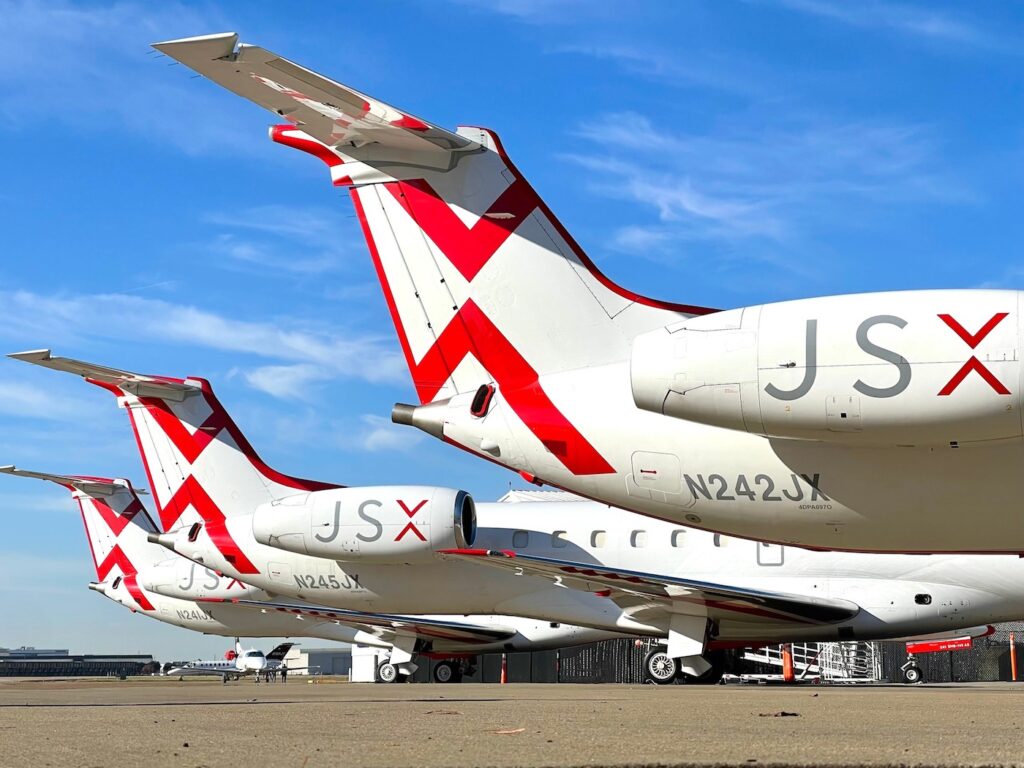 JSX, the California-based public charter operator, will become the first airline to operate aircraft using SpaceX’s Starlink satellites for in-flight connectivity (IFC) service. The company posted the announcement to its LinkedIn and Twitter accounts on Thursday, indicating that its first SpaceX-equipped aircraft will start flying with Starlink’s IFC service this year.

“JSX is proud to be the first air carrier to adopt SpaceX Starlink internet inflight, free for every customer onboard. We’d call it the best Wi-Fi in the sky, but it’s actually the greatest Wi-Fi in the galaxy — coming later this year,” the announcement said.

The charter airline released no details beyond its social media announcements, and several minor statements about how the service will perform on passenger-carrying flights. CNBC reported Thursday that JSX CEO Alex Wilcox confirmed their agreement with SpaceX covers up to 100 aircraft and is currently pending regulatory approval.

The majority of routes operated by JSX are between airports located in California and southwestern destinations, with a fleet of 77 total Embraer 135s and 145s. The JSX brand is a subsidiary of private charter JetSuite, and focuses on providing short haul flights at prices that compete with commercial airline business cabin fares. The company previously had committed to becoming the launch customer for the SmartSky Networks IFC service.

SpaceX has been indicating its intention to provide IFC service via its Starlink satellite network since March 2021, when the company made its first Federal Communications Commission (FCC) filing asking for a license that would authorize the operation of Starlink terminals for Earth Stations in Motion (ESIMs) on aircraft, ships, and vehicles.

Jonathan Hofeller, who serves as vice president of SpaceX, has also discussed the company’s plans for in-flight connectivity services in several public appearances over the last year. At the SATELLITE 2022 conference in March, Hofeller said the Starlink IFC service will be capable of enabling streaming to every passenger on an aircraft.

“We believe in a future where connectivity is abundant, you’re not scrapping for kilobits per second here. It’s so much that people get on the plane and they stream just like they do in their home, so we’re designing a service that every single passenger on that plan can stream simultaneously if need be,” Hofeller said, according to CNBC.

This article was first published by Via Satellite sister publication, Avionics International.