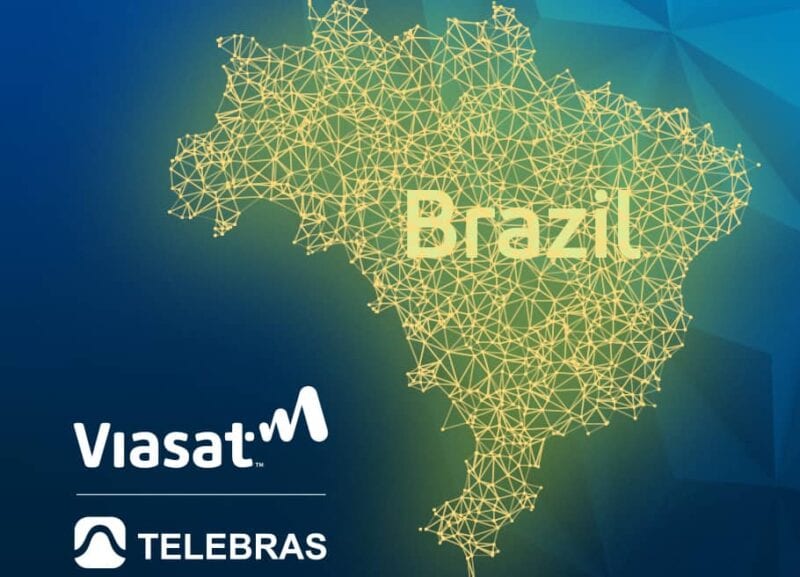 Viasat will use capacity from Brazilian state-owned telecommunications services provider Telebras to expand its Ka-band In-Flight Connectivity (IFC) coverage for business jets in Brazil. The satellite operator said Tuesday that the extra capacity would come from Telebras’ SGDC-1 (Geostationary Satellite for Defense and Strategic Communications), its Ka-band partner satellite.

With the expansion, Viasat said it can now provide service to more than 90% of Brazilian business aviation flight paths.

“Business aircraft operating in the country will be able to access Viasat’s advanced connectivity from takeoff to touchdown — at speeds typically greater than 20 Mbps — enabling passengers to do the same connected activities in the air as they do on the ground, including video, music and TV streaming, video calls, VPN and more,” Viasat said in its coverage expansion announcement.

Moving forward, the operator is set to provide expanded coverage and capacity across parts of Europe and the Middle East on the Avanti Communication Group‘s HYLAS-4 and HYLAS-2 satellites. This expansion was originally announced as part of a deal it struck with Avanti in June. In the announcement, Viasat said it would begin to leverage Avanti’s satellites beginning this month.

“We’re excited to bring additional coverage for our advanced in-flight connectivity solution to the business aviation markets in Brazil and, in the near future, Europe and the Middle East,” said Viasat Business Aviation Area Director Claudio D’Amico. “This coverage expansion will enable us to extend connectivity for existing operators, pursue new business in these important regions, and further establish Viasat’s market presence globally.”

Viasat then plans to augment coverage and capacity in these regions with its upcoming ViaSat-3 Ka-band satellite constellation – comprised of three satellites that are scheduled to be launched to Geostationary Orbit next year. The satellites are designed to provide broadband connectivity with speeds of 8-plus Mbps to global commercial, enterprise, and government customers.