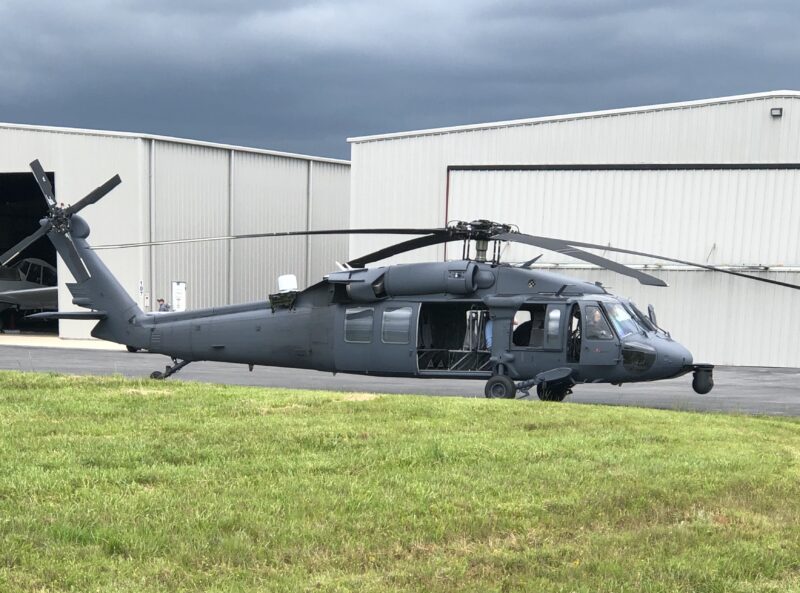 Black Hawk UH 60A helicopter used in Hughes HeloSat demos. The antenna is visible on the fuselage behind the cabin. Photo: Hughes

This summer, Hughes Network Systems has conducted two tests of its HeloSat satellite communications system, and the company’s Defense Senior Director Wayne Marhefka tells Via Satellite these tests show the system is a production-ready, validated capability that will fill a need in helicopter communications.

“Hughes is really in the forefront of offering this system,” he said. “We’re the only ones that have truly flown on a Black Hawk helicopter with a certified system that was getting the data rates that end users are looking for.”

The first in-flight demonstration, which Hughes previously announced, was conducted in late May, and the second on June 29. In both tests, a Black Hawk helicopter surveilled a Tennessee landscape, sending live, HD video from the cockpit, through the rotor blades, to a satellite and through mission control within seconds. These tests were the first time Hughes flew the solution on a Black Hawk. Partners GetSat, DataPath, Applied Concept Group, Intelsat, and XP Services contributed to the demonstrations.

Marhefka said these demonstrations prove the HeloSat solution provides rotorcraft with wideband satcom, whereas in the past rotorcraft only had satellite communication for radio and voice. This technology enables full motion video and high throughput data. Marhefka, who has been working on this project since it was a developmental idea in 2013, said the breakthrough is the ability for wideband satcom to be transmitted through the rotor blades.

“In the past, you’re transmitting a signal, the blades would chop it up and you would get pixelated video. Fixed-wing aircraft and UAVs [Unmanned Aerial Vehicles] don’t have the problem of having rotor blades. Predator aircraft, drones, fixed-wing aircraft have been doing full motion video for years now. But not the rotary wing community, they’ve been a little bit disadvantaged,” Marhefka said.

Hughes developed a mathematical algorithm that uses forward error correction to put the signal that is chopped up by the rotor blades back together. The HeloSat solution takes that mathematical capability, and makes it feasible in terms of size, weight, and affordability that doesn’t affect the performance of the helicopter. 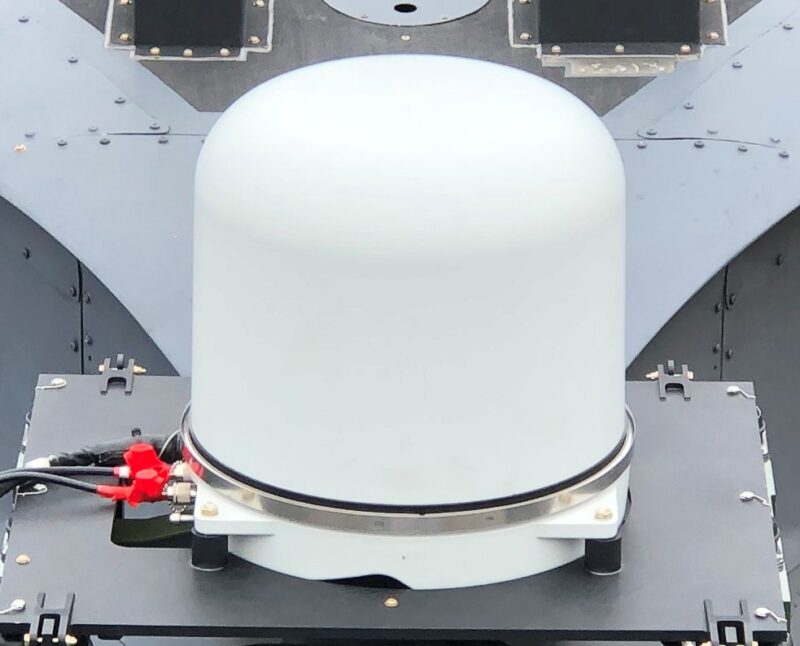 Marhefka said HeloSat is applicable for military, customs and border, and rescue applications. He said it was originally developed with U.S. and international military customers in mind, but has also received a lot of interest from the U.S. National Guard for recovery situations.

“You can actually see what’s happening in real time and basically, you’re saving lives. We’re even talking to the Army about medevac helicopters putting real-time information GoPros on the crew’s head, so when they’re treating the patient, this information is being sent to the hospital,” he said. “If there’s a procedure that needs to be done, the doctors could tell the people who may not be experts on a helicopter what they need to do.”

Since the first test was announced, Marhefka calls the response Hughes has received “incredible.” Hughes has numerous proposals out in the U.S. and the Middle East, including Saudi Arabia and the United Arab Emirates. He predicts by the end of the year there will be active contracts. HeloSat has also generated interest from extreme sports looking to broadcast from areas without cellular coverage.

“This is really an emerging technology and capability that will enhance a lot of the end users’ ability to perform their jobs more effectively,” he said. “I truly feel that 10 years from now, the satellite capability on rotary wing platforms is going to be like our cell phones, or what’s on airplanes right now.” 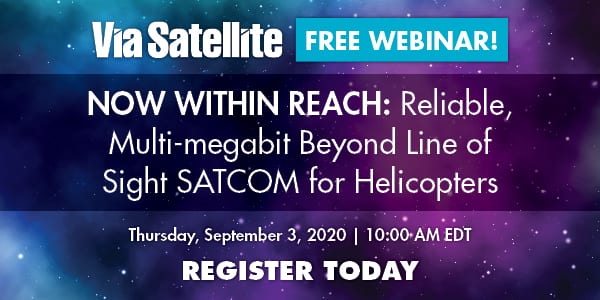