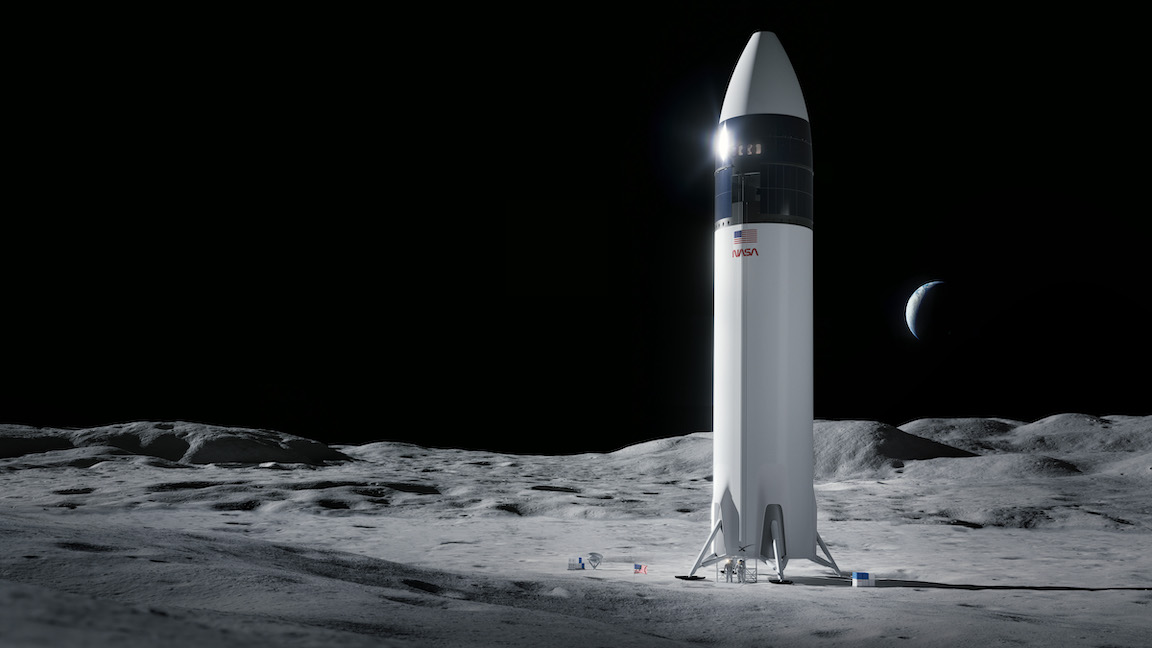 NASA awarded SpaceX a contract modification to provide a second crewed landing demonstration mission with the Starship launch vehicle in 2027 as part of the agency’s Artemis IV mission.

This is known as Option B on the existing Human Landing Systems award, under the Next Space Technologies for Exploration Partnerships-2 (NextSTEP-2). The agency had previously announced plans to pursue this modification with SpaceX, and announced on Nov. 15 that the modification is worth about $1.15 billion.

The aim of this new work is to develop and demonstrate a Starship lunar lander that meets NASA’s sustaining requirements for missions beyond Artemis III, including docking with Gateway, accommodating four crew members, and delivering more mass to the surface. SpaceX will provide a second crewed landing demonstration mission in 2027.

NASA also has an ongoing solicitation for a second commercial provider for human lunar landers, other than SpaceX, and has not yet announced a provider.