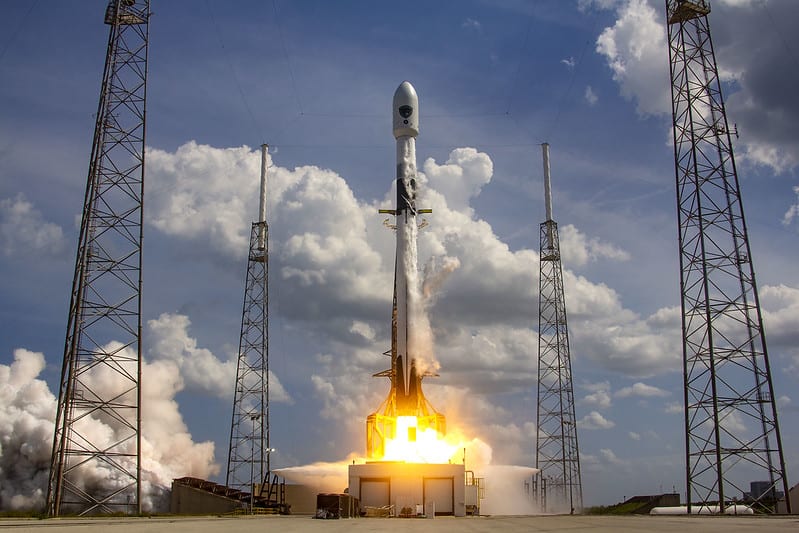 The U.S. Space Force has reached a contract with SpaceX to reuse Falcon 9 boosters for upcoming Global Positioning System (GPS)-III launches, a first of its kind for National Security Space Launch (NSSL) missions.

SpaceX is preparing to launch the fourth GPS III vehicle on Tuesday, Sept. 29. This will mark the third time a Falcon 9 carries a GPS III satellite into space; SpaceX launched the third GPS III satellite in June, and the first satellite’s launch in December 2018. SpaceX will attempt to recover the booster for SV04, after successfully recovering the booster for SV03 launch in June. That was the first NSSL where SpaceX attempted to recover the booster post-launch.

Dr. Walter Lauderdale, mission director for SMC’s Launch Enterprise said in a Friday media briefing that these contract negotiations for reuse will save $52.7 million in public money.

Lauderdale said the first refly will be on the fifth GPS III launch, and it will use the booster for SV04 that will be launched in the next week. The GPS III-SV05 launch will be pushed from January to next summer to allow time for reuse validation activities. Space and Missile Systems Center’s (SMC) Launch Enterprise has agreed to reuse Falcon boosters for GPS III-SV05 and GPS III-SV06, both of which can also be recovered.

“This is our journey and understanding how SpaceX executes refurbishment of previously flown hardware. We would then compare that to the qualification, learning and then assessing all the work that they do in order to get these boosters ready to fly again. That requires review of a number of different systems, and making sure that we’re good across the board for previously flown hardware, not just this particular booster,” Lauderdale said of the GPS III-SV05 launch.

SpaceX President and COO Gwynne Shotwell commented on the deal in a news release: “We appreciate the effort that the U.S. Space Force invested into the evaluation and are pleased that they see the benefits of the technology. Our extensive experience with reuse has allowed SpaceX to continually upgrade the fleet and save significant precious tax dollars on these launches.”

GPS III SV04 is a next-generation GPS satellite built by Lockheed Martin. After launch, it is expected to be operational in mid-October. It will join the constellation of 31 GPS satellites which deliver positioning, navigation, and timing services supporting U.S. and allied operations worldwide.

Tonya Ladwig, acting vice president of Lockheed Martin’s Navigation Systems Mission Area said during the briefing that GPS III satellites provide three times greater accuracy and up to eight times improved anti-jamming power over the satellites in the existing constellation. This particular satellite, SVO4, will be the 23rd M-code enabled satellite in the constellation, just one short of the 24 needed for global coverage. M-code is a military signal to improve anti-jamming. Ladwig also said the next GPS III satellite, SV05, has been completed and declared ready for launch. The upcoming SV06, SV07, and SV08 have been assembled and are going through post assembly environmental testing.

The next phase of the program, GPS III Follow On (GPS IIIF), for which Lockheed Martin will build up to 22 additional satellites, has entered production phase. These satellites will have a fully digital navigation payload, and a search and rescue payload.