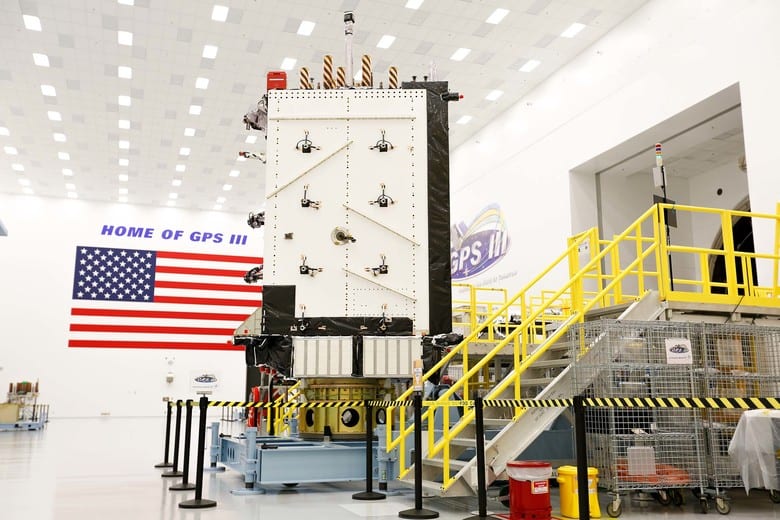 The two-day core mate consisted of using a 10-ton crane to lift and complete a 90-degree rotation of the satellite’s system module, and then slowly lowering the system module onto the satellite’s vertical propulsion core. The two mated major subsystems come together to form an assembled GPS III space vehicle.

The next step for the newly christened “Katherine Johnson” is the post-mate Systems Performance Test (SPT) scheduled to begin in August. SPT electrically tests the performance of the satellite during the early phase of build and provides a baseline test data set to be compared to post-environmental test data. GPS III SV08 is currently scheduled to launch in 2022.

“Core mate is the most critical of the GPS space vehicle single-line-flow operations,” said Lt. Col. Margaret Sullivan, program manager and materiel lead for the GPS III program. “Despite the restrictions presented by the COVID-19 pandemic, our team adapted and worked tirelessly to achieve this essential milestone.”