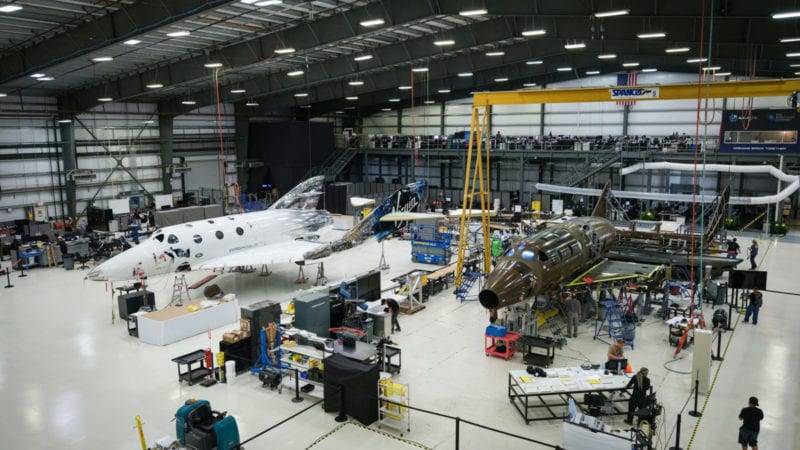 Virgin Galactic mated the fuselage and cabin of its next spaceship to the completed wing assembly. In addition, the two tail booms have been mated to the spaceship’s rear feather flap assembly. The completion of these two milestones brings assembly of the next SpaceShipTwo, planned to enter service after VSS Unity, a major step forward.

With these milestones, the part fabrication of the wing, fuselage, cabin, nose and feather flap primary structures is now complete for the second commercial spaceship.  In addition, the majority of systems integration for the wing is complete, as well as the build of the cabin crew station installation. Virgin Galactic established operations in Mojave, through its development and manufacturing arm, The Spaceship Company, to build and assemble a fleet of spaceships and carrier aircraft for the Virgin Galactic operations in New Mexico. While VSS Unity continues to progress through its ground and flight testing program, and is now preparing for its move to Spaceport America in New Mexico, the Mojave-based team has been diligently building two additional SpaceShipTwos.

Enrico Palermo, President of The Spaceship Company said: “Our passionate and talented team has made great progress on the next SpaceShipTwo. Seeing VSS Unity adjacent to the assembly of the next vehicle as well as the cabin of our third spaceship makes it very clear that we are building a fleet of remarkable spaceplanes for commercial service.”