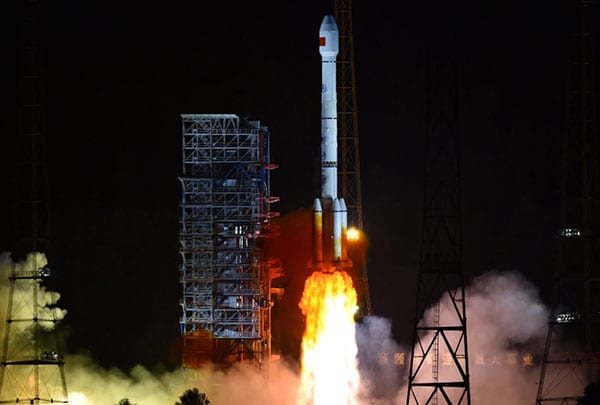 China launched a BeiDou-3 satellite into Geostationary Orbit (GEO) for the first time, from the Xichang Satellite Launch Center. Launched on a Long March-3B carrier rocket, it is the 41st of the BeiDou navigation system, and will work with 16 other Beidou-3 satellites already in-orbit. It is also the first BeiDou-3 satellite in high orbit, about 36,000 kilometers above the Earth.

According to Chief Designer Yang Changfeng, a basic system with BeiDou-3 satellites orbiting will be in place by the year-end to serve countries in the China-proposed Belt and Road Initiative. China will also launch another two satellites into space by the end of this year. By around 2020, when the BeiDou system goes global, it will have more than 30 satellites.