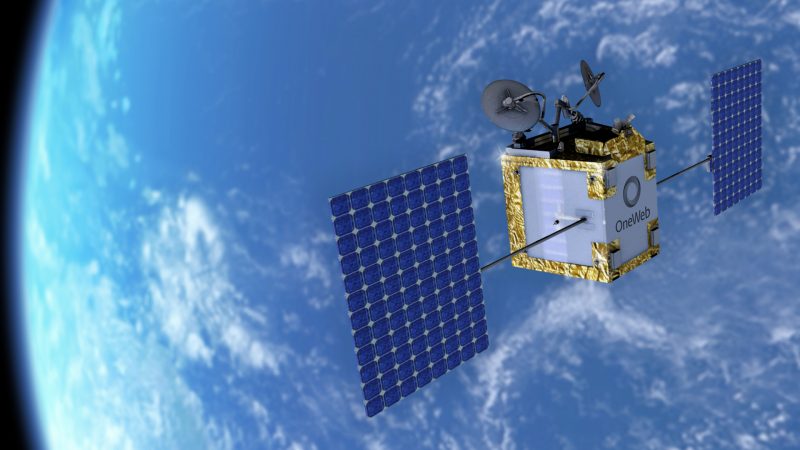 OneWeb has been tapped to lead a consortium of space companies to develop a satellite that can beam hop, switching which part of the world it covers. The group has received about $45 million (32 million pounds) from the UK Space Agency, through the European Space Agency’s (ESA) Sunrise Program. A demonstration satellite is set for launch in 2022.

The satellite is nicknamed Joey-Sat, like a kangaroo joey. It will be designed to hop between beams, in order to remotely direct beams of coverage to certain locations to deal with demand.

SatixFy, Celestia UK, and Astroscale UK, will work with OneWeb on the project. SatixFy has received most of the funding $35 million (25 million pounds) to develop a user terminal to support the satellite. Satixfy is matching the funds with its own internal investment.

“The funding … will not only demo best-in-class future payload capability, but will also result in the lowest-cost and highest performance electronically-steered multibeam user-terminals on the market,” commented Charlie Bloomfield, CEO of SatixFy Space Systems.

Celestia UK, based in Edinburgh, has been given $6 million (4.4 million pounds) to develop and trial smart ground-station technology featuring multibeam electronically steered antenna. And Astroscale UK has received $3.5 million ($2.5 million pounds) to develop the technology to remove multiple retired satellites in a single mission. This will support Astroscale’s servicing satellite, ELSA-M, set for a demonstration in 2024.

This program builds off of OneWeb’s partnerships with Astroscale and Satixfy. OneWeb recently selected Satixfy to build an aero terminal to work with satellites in multiple orbits. And OneWeb’s satellites are equipped with docking plates so that Astroscale spacecraft can dock with them.