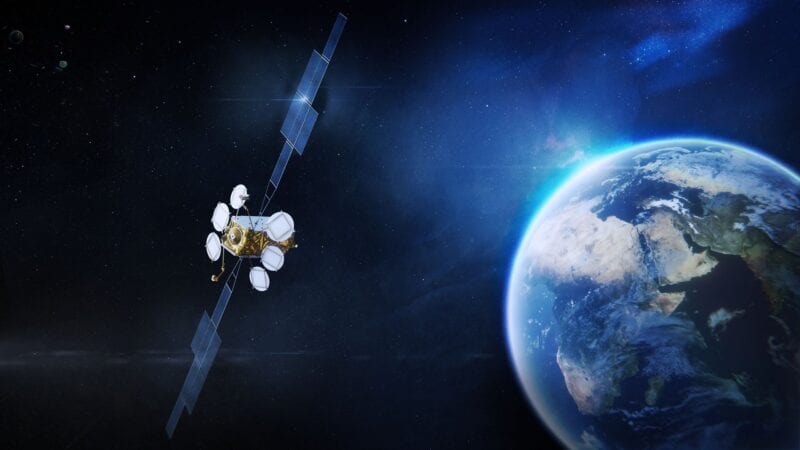 Eutelsat is investing in a state-of-the-art new satellite in one of its key orbital locations at 36 degrees East. The operator announced March 22 that it has contracted Airbus to build the EUTELSAT 36D satellite. EUTELSAT 36D will be an all-electric satellite and will replace and succeed EUTELSAT 36B, which is expected to reach its end of life at the end of 2026.

This all-electric satellite is due for launch in the first half of 2024 with a substantial protection loop that reflects its mission-critical importance to its main customers. The new satellite will have 70 physical Ku-band transponders, and will assure all the main legacy missions of EUTELSAT 36B, with enhancements to coverage areas and performance. Based on the Airbus Eurostar Neo platform, it combines increased payload capacity and more efficient power and thermal control systems with reduced production time and optimized costs.

With coverage of Africa, Russia and Europe, 36 degrees East is a key orbital slot for Eutelsat, ranking third in terms of overall revenue generation, after 13 degrees East (HOTBIRD) and 7/8 degrees West, and second for Government services, with a strong fill rate reflecting the ongoing robust demand in its footprint. Its two satellites, EUTELSAT 36B and EUTELSAT 36C, together notably support the broadcast businesses of some of Eutelsat’s anchor customers including Multichoice and ZAP in Africa and Tricolor and NTV+ in Russia.

“This new state-of-the-art satellite will assure enhanced service continuity for our key DTH customers in the major markets of Africa and Russia,” Pascal Homsy Eutelsat’s Chief Technical Officer said in a statement.