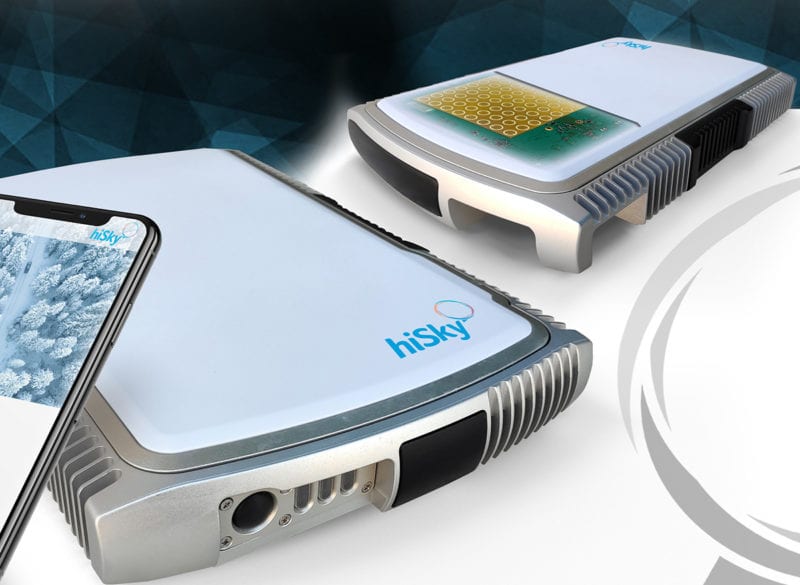 Satellite-connected Internet of Things (IoT) technology company hiSky has begun early field trials of a new “Smartellite” Ku-band satellite terminal that it has been developing over the course of a year. The company is embarking on these trials in cooperation with its strategic partners and a number of prospective clients, hiSky said in its Thursday announcement.

Like its Ka-band counterpart, Smartellite Ku- is equipped with a built-in modem and phased array antenna. Both Ku- and Ka- versions will be able to communicate with Geostationary (GEO) and Low-Earth Orbit (LEO) satellites and connect to hiSky’s Network Management System (NMS), hiSky360. The system will also come with future customization capabilities that, according to hiSky, will enable it to work with LEO constellations such as Starlink by SpaceX and Amazon‘s Kuiper.

The hiSky Smartellite Dynamic Ku-band terminal is actually a follow-up of the company’s Smartellite Ka-band version. The Ku-band model was designed specifically to receive low- and medium data-rate mobile services both onshore and offshore, and in territories where Ka-band frequencies are not available.

The company said that the terminal will be sold to customers from a range of industries, including fisheries, fleet management, agriculture, and oil and gas.

“It’s important for us to be at the forefront of technological advancement, and to adapt our services to the demands of the current market,” said hiSky CEO and Co-Founder Shahar Kravitz. “There’s no doubt that the launch of this Ku terminal will bring added value to the company and strengthen our position in today’s global satellite arena. This is just one of the exciting developments we have been working on recently – we’ll be announcing more in the near future.”