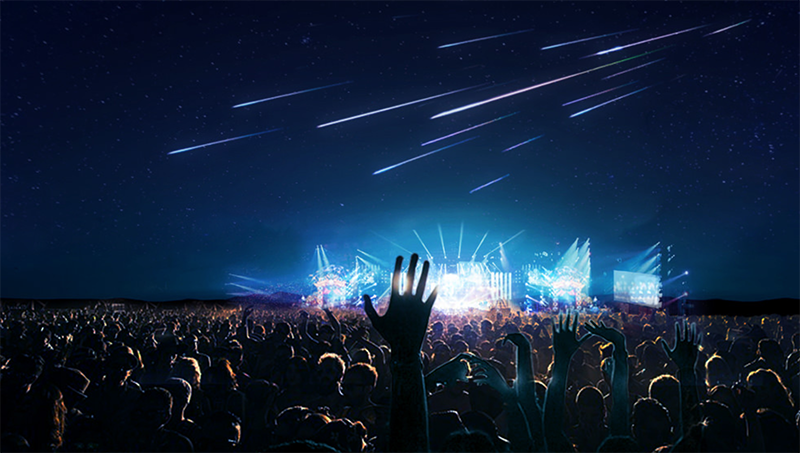 In 2001, the night sky was lit up by an extraordinary meteor shower. The Leonid meteors were so prolific that this shower became the most active in more than three decades.

But the Leonid meteor shower did more than make history and paint bright streaks in the sky; it presented a brilliant idea. Watching this far-out show, an inspired Lena Okajima, an avid star-gazer and then astronomy Ph.D. student at the University of Tokyo, thought about creating a man-made meteor shower. Perhaps destiny was written in the stars that night. Because 10 years later, Okajima went on to found Astro Live Experiences (ALE), the company behind the “space-based fireworks” that have sparked attention around the world.

Fresh attention ignited in January this year when Tokyo-based ALE successfully launched its first satellite, the ALE-1, onboard the Japan Aerospace Exploration Agency (JAXA) Epsilon-4 rocket. When ready for testing, likely in the spring of next year, the satellite in an altitude below 400 Kilometers (km) will release a cluster of centimeter-sized pellets that will (hopefully) beautifully burn up to create space fireworks for the watchers down below. ALE’s second satellite, which will generate man-made meteors, is currently being developed. The satellite is expected to be completed this spring and is scheduled for launch this summer.

To get this right, technological feats have had to be realized. To generate a man-made meteor at a desired location and time, the meteor particle release parameters must be fine-tuned to a very high degree of accuracy. For this, ALE developed an in-house a unique particle release system capable of releasing particles at a high level of precision over the operational lifetime of the satellite, which could have up to several thousand releases. Additionally, the satellite incorporates the latest Japanese technology for the calculation and execution of the required release direction, position and speed. Together as a unit, the highly precise release conditions are achieved. ALE fully controls timing, angle and velocity, and claims its particle system is highly accurate under vacuum conditions.

It’s not just about creating shooting stars artificially and using space for entertainment, though. ALE’s mission is also to bring NewSpace closer to people, says Okajima, a native of Tottori city, part of a prefecture in Japan famous for its beautiful starry sky. Beyond entertainment, ALE is seeking to contribute to scientific development, she said.

“We aspire to cast an anchor in space as humankind sets out to find to new horizons. We also believe we can advance knowledge in space and atmospheric phenomena, as well as the interaction between materials and high-speed air. We believe the shooting star re-entry will enable the advancement of atmosphere, material and plasma sciences to support the development of high-speed transportation systems, to mitigate space debris, and to answer key issues of meteor sciences as well as understand climate phenomena and their impact on our daily life,” said Okajima. “We aim to develop space technologies that could be useful for Earthlings as well as to stimulate curiosity and empower people to explore the infinite possibilities that space offers.”

Contribution to scientific development include new observational data on the mesosphere, the region of the Earth’s atmosphere which is 60-80 km above the ground. Situated above the stratosphere and below the thermosphere, the mesosphere is not thoroughly understood to date, said Okajima, noting that utilization of new data would, therefore, be significant.

“Our project is safe, beautiful and useful. We also educate children and citizens, and empower them to be the next actors of the space race,” said Okajima, adding that ALE has thoroughly considered the “burning issue” of space debris and is compliant with world-wide regulations.

“We’re aligned with space agencies, committees such as the Inter-Agency Space Debris Coordination Committee (IADC), and research institutes equipped with tracking devices. We carried out extensive tests in plasma facilities operated at representative conditions as well as high-fidelity simulations. From the latter, the meteor particles will completely disappear at about 60-80 km above the ground and will not reach anywhere near the ground,” said Okajima.

Before and during a release of meteor particle, the ALE satellite performs multiple safety checks to avoid any unintended collisions between an ALE meteor particle and other space objects, such as satellites.

Realizing ALE’s plans to turn the sky into a canvas, the company will face its shooting star challenge in 2020 in Japan. This will be the first-ever opportunity for the world to see man-made meteors, says Okajima, noting that the company is also developing other scientific payloads and space entertainment business for the future beyond meteor showers.

“We are hoping to meet more customers and investors, and to keep developing safe and cutting-edge technologies. We believe space will connect people’s minds, desires, and passions, and we want to contribute to it. The space industry will remain strong, diversified and give the chance to many actors to be part of it.”