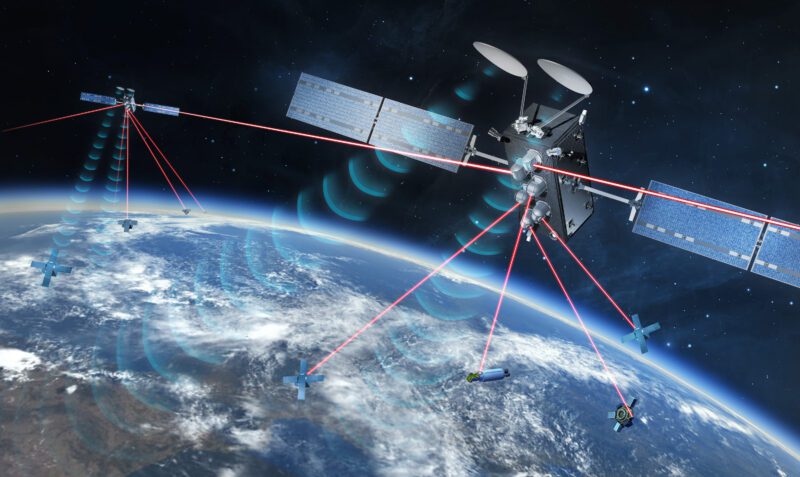 OHB Systems AG (OHB) will build the satellites for SpaceLink’s data relay constellation in a contract that is expected to exceed $300 million in value. The companies announced the deal on Thursday, and are in the process of finalizing the contract.

The companies have begun a co-engineering effort in Germany, where OHB is based, to finalize the satellite design. They are targeting launch in 2024 in order to meet 2024 regulatory deadlines. OHB also plans to invest $25 million into SpaceLink as the cornerstone investor in the first tranche of financing for the project.

CEO David Bettinger told Via Satellite that OHB’s proposal met the company’s targets for the satellite build and the timeline. The satellites will be based on the same bus OHB used for the Galileo satellite program.

Bettinger said the heritage on the 34 Galileo satellites was a critical factor in SpaceLink’s decision. He also cited OHB’s experience with the European Data Relay System, EDRS-C, satellite for the European Space Agency (ESA), which demonstrated an optical inter-satellite link.

“OHB has a long, illustrious history in space. They’ve been a long provider of technology to not only the German government, but to the European Space Agency,” Bettinger said. “They’re not perhaps as well known in the United States — but they should be because they did a great job with our with our commercial program. The team has been fantastic to work with.”

SpaceLink’s constellation will use optical inter-satellite link terminals to relay the data between its satellites and has signed deals with Mynaric and Blue Marble. The venture first planned to use Radio Frequency (RF) links between its first tranche of satellites and target optical in the future, but Bettinger said he took a fresh look at the industry and realized the technology was ready for the first tranche, with multiple manufactures working on the technology with Space Development Association (SDA) interoperability standards.

“We felt it was ready for us to make that leap,” he said. “So we changed our architecture to be primarily an optical communications link between the customer LEO satellites and our MEO satellites. However, we still have an RF package to cover the legacy TDRS Ka-band users.”

SpaceLink has a request for proposals out for its ground network, and is negotiating a launch contract. The company also recently announced it is expanding its headquarters in Fairfax County, Virginia. It also has an office in Silicon Valley, California.

Chief Strategy and Commercial Officer Tony Colucci told Via Satellite that market response in the data relay service has so far exceeded expectations.

“The demand is there. The service that we’re bringing is unlike anything that’s available, other than through government agencies like TDRS and EDRS, our service actually is a significant step forward from those. The reception we’ve received far exceeds what our expectations were.”