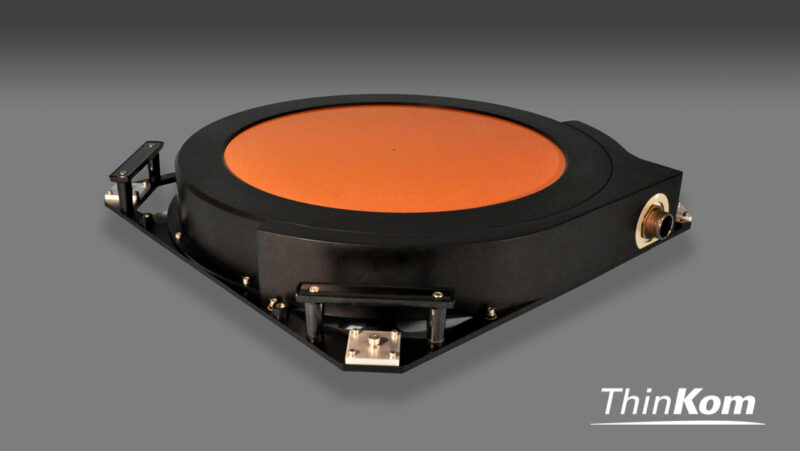 ThinKom’s K- and Q-band phased-array antenna have been tested and proved to meet or exceed performance metrics to operate with the frequency-hopping waveform of the Advanced Extremely High Frequency (AEHF) protected communications satellite network.

The company announced Monday that it recently completed Over-the-Air (OTA) tests of a pair of K- and Q-band phased-array antennas communicating through an AEHF satellite. According to ThinKom, a range of uplink and downlink communication plans and modes were tested on an operational K/Q-band satellite, exercising full 1 GHz and 2GHz “hopped” bandwidths. The antennas acquired, tracked, logged on and joined downlink and uplink services in all cases at elevation angles from 24 to 73 degrees.

These antennas are based on ThinKom’s patented Variable Inclination Continuous Transverse Stub (VICTS) architecture and can be cavity mounted on aero, naval, and land-mobile platforms

“The stabilized beam of the VICTS antenna eliminates the need for ‘de-hopping,’ requiring substantially less processing power than electronically steered antennas and given that VICTS is the only phased-array technology that can work with very widespread waveforms, it uniquely enables use on new communication waveforms such as the Protected Tactical Waveform,” Bill Milroy, chairman and CTO of ThinKom Solutions commented in the release.