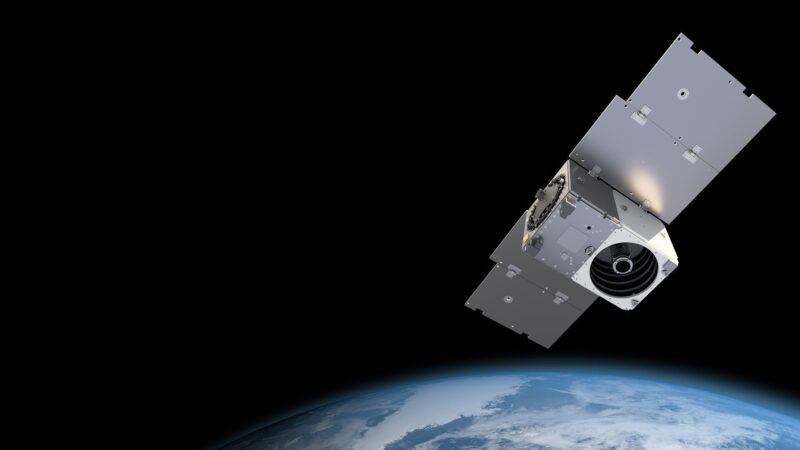 A rendering of a Planet Pelican satellite. Photo: Planet

Planet Labs will support operators SES and Telesat as a subcontractor on their space relay projects for NASA. Planet will work with the operators on the Communication Services Project (CSP) to develop high-rate and high-capacity two-way communications to replace the aging Tracking and Data Relay Satellite (TDRS) constellation.

On the Telesat subcontract, Planet said Tuesday that it will work to build space-based radio frequency (RF) terminals that will be hosted on two Earth observation spacecraft. Once these satellites are in orbit, Telesat will demonstrate Ka-band, high throughput transmission from the terminals to Telesat operated satellites flying at a higher altitude, as well as mesh, space relay connectivity between the optically linked Low-Earth Orbit (LEO) satellites before downlinking data to representative NASA operation centers.

On the SES subcontract, Planet will work with SES for a low-latency connectivity solution between SES’s Geostationary Orbit (GEO satellites and Medium-Earth Orbit (MEO) satellites.

Planet plans to demonstrate aspects of this technology via ground and on-orbit tests with the Pelican satellites that will begin to launch in 2023. The company said these partnerships may bring next-generation technologies into operation faster and at a lower cost and provide a “leap forward” in data delivery time to customers.

“We’re proud to work with SES and Telesat Government Solutions to align our respective technology investments and business operations to create ultra-low-latency communication capabilities. Such capabilities could be leveraged by NASA and other government and commercial space actors, including Planet’s future satellite constellations, and we believe will create differentiating products and increase time-to-value for our Earth Data platform customers,” said Robbie Schingler, Planet co-founder and chief strategy officer.

NASA expects technology development and in-space demonstrations by 2025, and the agency intends to seek multiple long-term contracts to acquire services by 2030. The resulting satcom systems will be designed to serve both NASA mission requirements and commercial customers.