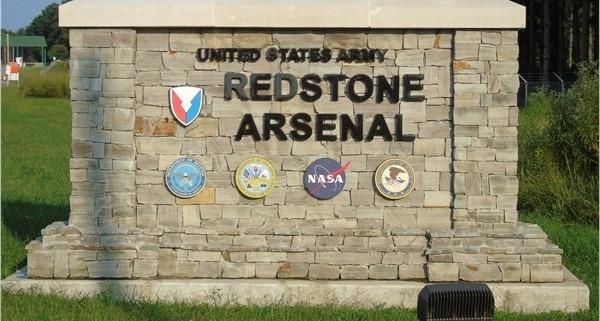 On the heels of a Government Accountability Office (GAO) report last week that cast doubt on whether credible analysis informed the decision to move U.S. Space Command from its temporary headquarters at Peterson AFB, Colorado, to Redstone Arsenal in Alabama, the Department of the Air Force (DAF) is conducting a further assessment in advance of Air Force Secretary Frank Kendall’s final decision on the matter.

A Pentagon Inspector General (IG) report last month concluded that the Jan. 12, 2021 basing decision was above board, but the IG report is heavily redacted in sections.

“The Department of the Air Force will now proceed with the analysis and review required by the National Environmental Policy Act [NEPA], which includes consideration of not only the preferred location, but all reasonable alternatives,” the Air Force said this week. “As recommended by the DoD IG and directed by the Secretary of Defense, the DAF will also review concerns regarding the time needed to reach full operational capability for U.S. Space Command headquarters.”

On Jan. 11, 2021, two days before then U.S. Air Force Secretary Barbara Barrett announced the basing decision, Barrett and other top DoD officials met with then President Trump in the White House.

The DoD IG report said that Barrett declined to discuss with its investigators the White House meeting on Jan. 11 last year.

“The U.S. Space Command Combatant Commander, the U.S. Space Force Chief of Space Operations, and the former Vice Chairman of the Joint Chiefs of Staff told us that they conveyed to [Jan. 11, 2021 White House] meeting participants their position that remaining at Peterson Air Force Base would allow U.S. Space Command to reach full operational capability as quickly as possible,” per the new GAO report.

Last week, Colorado lawmakers called on the Biden administration to consult with the Joint Chiefs of Staff and to “make a decision … that prioritizes our national security and mission in space.”

“We now know that in a White House meeting in January 2021, senior military leadership recommended Colorado Springs as the preferred location for Space Command due to the unique ability of Peterson Space Force Base to reach Full Operational Capability significantly faster than any other potential location, and at a significantly lower cost,” according to a statement from Sens. Michael Bennet, D-Colo., and John Hickenlooper, D-Colo., and Reps. Doug Lamborn, D-Colo., and Jason Crow, D-Colo.

The Redstone selection was “justified with inconsistent documentation and unclear reasoning,” the lawmakers said on June 2.

On Jan. 12, 2021 — a day before Barrett’s basing selection announcement and eight days before Trump was to leave office, the House of Representatives impeached Trump for a second time for his role in fomenting the insurrection at the U.S. Capitol a week earlier to overturn the 2020 presidential election results.

State officials in Nebraska and Colorado have questioned the basing decision and contend separately that Offutt and Peterson are better U.S. Space Command headquarters locations than Redstone Arsenal.

Colorado Democratic Gov. Jared Polis has suggested that Trump had overruled the Air Force’s analysis of Peterson as the best location and forced the selection of Redstone Arsenal in an attempt to court Alabama’s congressional delegation, including freshman Sen. Tommy Tuberville, R, and Sen. Richard Shelby, R, ahead of Trump’s impeachment trial in the Senate.

The new GAO report does not reach a conclusion on who decided to transfer U.S. Space Command headquarters from Peterson to Redstone.

“Although the Air Force documented the general rationale for selecting Redstone Arsenal in an action memorandum and accompanying documents, there was not consensus among the officials we interviewed regarding who ultimately made the decision to name Redstone Arsenal as the preferred location for U.S. Space Command headquarters, including the role of the then President in making the decision,” the report said.

Four of those locations — Kirtland, Offutt, Patrick, and Port San Antonio — were not on the Air Force’s original headquarters downselect list.

“While the January 2021 selection of Redstone Arsenal as the preferred location for U.S. Space Command headquarters was consistent with the Air Force’s analysis, our assessment of the Air Force’s revised selection process and attendant analysis against our AoA [Analysis of Alternatives] best practices identified significant shortfalls in its transparency and credibility,” per the GAO report.

The Air Force did not perform a sensitivity analysis to estimate a range of life-cycle costs for the six sites.

“By developing guidance for future strategic basing decisions that is consistent with our AoA best practices, and determining the basing actions to which it should apply, the Air Force would be better positioned to substantiate similar basing decisions with key stakeholders,” the report said. “Such decisions could include those that exceed a certain monetary threshold or hold strategic significance to DoD. Moreover, doing so could help prevent bias, or the appearance of bias, from undermining the perceived credibility of future, high-profile strategic basing decisions and better inform congressional oversight.”

Last August, Trump boasted that he had chosen Huntsville as the headquarters for U.S. Space Command — an assertion that, if true, would undermine the supposed objectivity of the Air Force’s selection process.

Trump’s comment on deciding on Redstone Arsenal in Huntsville as the permanent headquarters for U.S. Space Command came at the end of a chummy, laugh-filled nearly 13-minute telephone discussion with the show’s hosts, Rick Burgess and Bill “Bubba” Bussey. After Trump said he had picked Huntsville, Burgess said, “We appreciate that. Huntsville is very appreciative.”

Presidential selection of combatant command bases contrary to the advice of top military officials is unusual, if not unprecedented.

Established in its first incarnation in September 1985 to provide joint command and control for all military forces in outer space and coordinate with the other combatant commands, U.S. Space Command was inactivated in 2002 and its activities and personnel were moved to U.S. Strategic Command at Offutt AFB.

Former Defense Secretary Donald Rumsfeld met with President George W. Bush on May 31, 2002, “and, after discussing possible locations for the new, expanded STRATCOM headquarters, the President agreed to use Offutt AFB in Omaha, Nebraska,” per a Joint Chiefs of Staff history in 2013 of the Unified Command Plan.

In 1948, then Air Force Chief of Staff Hoyt Vandenberg moved the headquarters location of Strategic Air Command, which was to become STRATCOM, from Washington, D.C., to Offutt — a former Air Defense Command base, due to the vulnerability of Washington, D.C., to nuclear attack and due to air traffic over the nation’s capital. The same year, the famed Lt. Gen. Curtis E. LeMay would become the SAC commander.