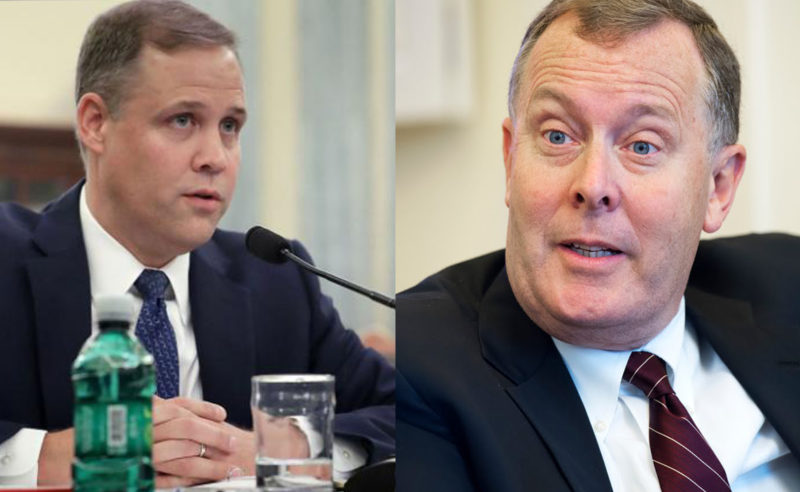 Yesterday, U.S. President Donald Trump nominated U.S. Senate Deputy Sergeant at Arms James Morhard to be NASA’s new deputy administrator. Reactions to the nomination were mixed, considering that NASA Administrator Jim Bridenstine very publicly recommended Janet Kavandi, a former NASA astronaut and engineer at Boeing, for the post, stating a need for the candidate to have the technical experience and background necessary to support innovative development at the agency. Morhard has plenty of political experience stretching back to 1984 — previously serving as staff director of the U.S. Senate Appropriations Committee where he managed the Subcommittee on Commerce, Justice, Science, and Related Agencies and the Subcommittee on Military Construction, Veterans Affairs, and Related Agencies. He was also secretary of the U.S. Navy’s Office of the Comptroller.

However, Morhard seems to be the exact opposite of what Bridenstine initially asked for in a deputy secretary. Though he has worked with the National Oceanic and Atmospheric Association (NOAA) during his time with the Senate Science Subcomittee, he has no experience in space policy or technology and very little is known about his views on both. Bridenstine’s statement following the nomination was brief: “This administration is committed to American leadership in space, and I look forward to working with Mr. Morhard upon his confirmation.”

Here were the reactions to the Morhard nomination from the Washington Post and Quartz, which reported on both the nomination and Bridenstine’s recommendation of Kavandi.

More on this topic from around the web:

The NASA administrator has been lobbying for a space professional to be his deputy. That’s not who the White House nominated

“In recent weeks, NASA Administrator Jim Bridenstine had come out publicly saying what he wanted in a deputy — someone with a technical background who understood space and the agency charged with exploring it. He even had a person in mind, Janet Kavandi, a former NASA astronaut who flew to space three times and now is the director of NASA’s Glenn Research Center … But on Thursday, the White House went in a completely different direction, nominating James Morhard, a longtime senior staffer on Capitol Hill with little to no technical experience who critics said is getting the nod because of close ties in Washington. -Christian Davenport, Washington Post

Several officials familiar with the deliberations were concerned about the message that might be sent by the appointing a man with little experience in space technology after Bridenstine, a former lawmaker, was criticized for his lack of engineering experience. – Tim Fernholz, Quartz

Kavandi has attracted bipartisan kudos from the senators who would need to confirm her into the position. Florida Republican senator Marco Rubio praising Bridenstine’s choice, as did both senators from Ohio, home to Glenn Research Center. Democrat Sherrod Brown told Quartz that “there’s no question Janet Kavandi is a highly qualified professional who knows the value of NASA Glenn and the importance of aerospace to the state of Ohio. She’d have my support.” His Republican colleague Rob Portman said “she has done a terrific job ensuring that Ohio remains at the forefront of our nation’s space exploration and aeronautics research efforts. If she were nominated for this important position, I would certainly support her confirmation.” – Tim Fernholz, Quartz