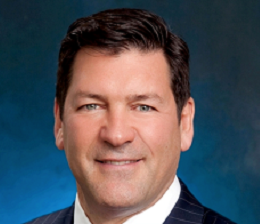 Wallace is also a residential and industrial real estate project investor and a former  senior manager at Standard Chartered Bank, where he led their corporate finance and wholesale origination efforts. He also worked at J.P. Morgan from 1998 to 2007 where his roles included being co-head of their investment banking efforts in the Asia Pacific region as well as of their North American Telecom Banking efforts.

“I am honored to join this amazing team and excited to help lead the company through its next phase of growth – with a mission of eliminating the connectivity gaps faced by today’s five billion mobile subscribers,” Wallace said in a statement.

“Sean is a strong addition to the company,” said AST SpaceMobile Founder, Chairman and CEO Abel Avellan. “I’m extremely proud to add Sean to our executive management team. Finding Sean was part of a careful long search that allowed our current CFO, Tom Severson, the opportunity to retire at this time. We are incredibly grateful to Tom for his years of service and his contributions to the company.”